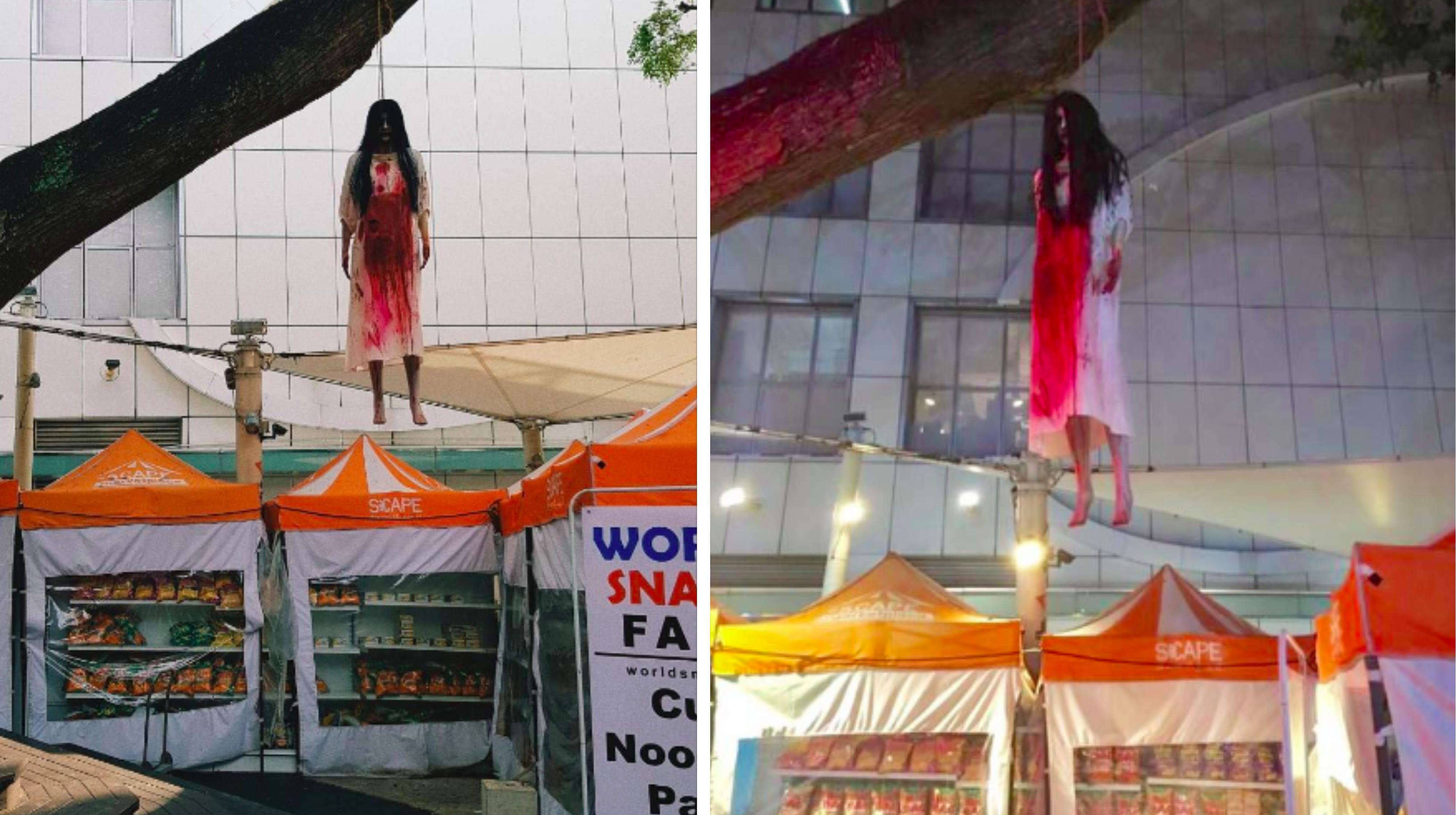 *SCAPE has taken down a mannequin of a bloodied, long haired woman in its outdoor premises after complaints by conservative proponents. The mannequin was installed to increase publicity for *SCAPE’s Museum of Horrors halloween event.

The publicity gimmick was first flagged by Facebook group Singaporeans Defending Marriage and Family which asserted that the stunt was “extremely DISTURBING and done in very bad taste and traumatising to children!”

Circulating an online petition seeking the mannequin’s removal and urging concerned citizens to write in to Minister Chan Chun Sing and the CEO of the National Youth Council, the group accused the gimmick of glorifying violence and added, “It’s no wonder the media reported children and teens suicidal rates had gone up!”

“We have become aware of a particular installation in the open area in front of the SCAPE building that is highly inappropriate and would strongly suggest that it be taken down as soon as possible. The display in question is that of a life size human figure in a bloodied white robe hanging by the neck off a rope tied to a tree.

“Such a disturbing and realistic scene would be traumatising for children and even some young teenagers. Hence it should not be placed in a public thoroughfare where many children walking past (for eg to get to their lessons in the music and dance schools in SCAPE) will chance upon it.

“Furthermore, in view of the rising suicide rate and prevalence of suicidal thoughts among young people, the image of a person who appears to have hanged herself being used to promote fun Halloween activities would surely trivialise the issue of suicide among young people. In fact, it might encourage some of them to attempt suicide in order to escape their troubles especially during this examination season where many already face stress, anxiety, or even depression.

“Therefore, we sincerely hope that it would be removed as soon as possible to reduce the damage done to our children and youth.”

Interestingly, this is not the first time *SCAPE has installed a gory mannequin to advertise its Museum of Horrors event. A similar mannequin without legs was hung by the organisation to promote its 2014 halloween event.

A quick search of #MOH2014 on Instagram reveals several images like the one below showing that year’s mannequin that somehow escaped criticism: