The Independent Singapore News
Home News Ex-GIC chief economist: The sick and the poor will have to suffer...

Ex-GIC chief economist: The sick and the poor will have to suffer in silence until the opposition gets more votes 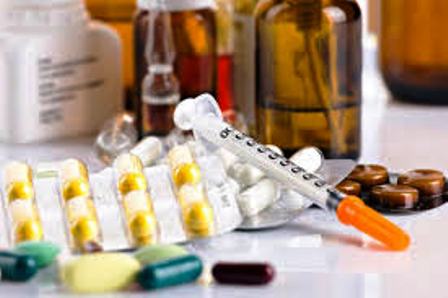 Mr Yeoh Lam Keong, the former chief economist and strategist at the Government of Singapore Investment Corporation, has acknowledged that the Government has moved in the right direction in providing affordable high quality acute (hospital -based) care, even for those with lower income. He however pointed out that for long term chronic primary care (e.g. diabetes, kidney failure, hypertension, etc) and in particular long term elder care, healthcare system is relatively poor. This he said was in comparison to both facilities and healthcare outcomes in Asian countries like Japan or even HK or Taiwan.

Mr Yeoh was responding to Facebook user Mr Andrew Loh’s post which argued that Singapore’s healthcare system is among the best.

“In fact we have relatively little eldercare facilities and home based support both in terms of physical facilities, trained manpower or financial support,” Mr Yeoh said. Adding: “This is a poor showing given our rapidly ageing population and the fact that of all the OECD countries, we have ample fiscal resources to fund it.”

He pointed out that by 2020 our old age facility per capita will still be among lowest in OECD and suggested that this had been systematically neglected all these years. Mr Yeoh agreed that there is intention to improve in future but progress is very slow.

Mr Yeoh said that only more votes for the opposition will translate into faster key social policy reforms, and that the the poor and the old would have to suffer in silence in the meantime.

An earlier version of this article said ‘Mr Yeoh agreed with Mr Loh that only more votes for the opposition will translate into key social policy reforms, and that the poor and the old have to suffer in the meantime.” Mr Loh has since clarified that the comments were not his.

Mr Yeoh has said that “the comments that the poor and old have to suffer in the meantime and that opposition votes can translate to faster policy reforms” were his.

He added, “this has unfortunately been true both in our own policy history and in the policy history of democratizing regimes like S Korea, HK, Japan and Taiwan. However this is not the only route or reason behind progressive policy reform. Mr Yeoh further clarified:

“While the threat of opposition gains after the 2011 elections was clearly a factor in speeding up meaningful social policy reform, public awareness and constructive pressure by civic groups and well informed public on needed changes is also very important, we need both to push for/catalyze change but also to participate as partners in its co-creation for solutions to the complex policy problems of the day to be truly effective. This requires both democratization of the public debate on social policy and and end to the monopoly information by the government as well as greater civic society- govt partnerships in policy reform and design.”Follow us on Social Media