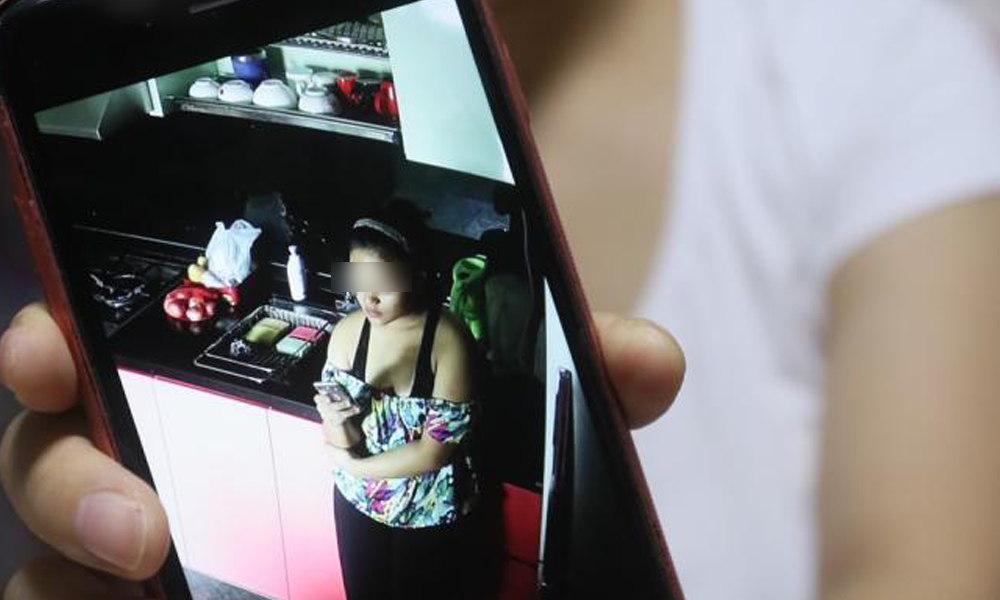 A Singapore employer has claimed that her Burmese domestic helper deliberately tried to seduce her husband.

Revealing that the maid wore sexy clothes and offered massages in a bid to attract her husband, 34-year-old Mrs Wang told the Chinese daily that her helper would even do housework only wrapped in a towel at times.

Mrs Wang, who works as a futures trader, and her husband first employed their foreign domestic helper in July this year when Mrs Wang was pregnant. Initially, the helper apparently worked diligently and was very obedient.

Curiously, the helper’s attitude began to change last month, after Mrs Wang gave birth: “When she first came, she wore her traditional Burmese clothes and long skirts. But after I gave birth, she would wear revealing clothes at home and when she goes out.”

According to Mrs Wang, the helper began dressing more sexily and began to talk back to her, even as she apparently became lazier with her household chores. When Mrs Wang asked the helper about the change in her attire, the maid shot back that she was dressed in the way she was since the weather is hot.

Mrs Wang also claims that the helper became very demanding and would insist on using only a specific brand of shampoo and drinking a particular brand of coffee.

Things came to a head this month when the helper allegedly threw a tantrum during a trip to the supermarket and Mrs Wang refused to buy the maid a chocolate candy she wanted. The helper was so upset that she demanded that her employer deport her back home.

Concerned, Mrs Wang spoke to her husband about the helper’s behaviour and the couple decided to terminate her services. This was also when Mrs Wang discovered that the helper had supposedly been trying to get closer to her husband:

“My husband told me that the maid offered to give him a massage but he refused. I was very angry to hear that. She was trying to seduce my husband.”

Revealing that she has since terminated the services of her helper, Mrs Wang warned employers to be wary of changes in their helpers’ behaviour.Follow us on Social Media