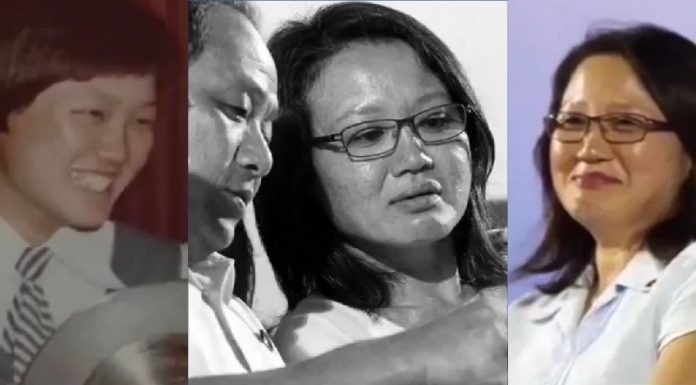 An older video covering Workers’ Party chairman Sylvia Lim’s entry into politics is going viral online after the video was re-shared on social media by the opposition party.

The video made a resurgence on social media while all eyes are on Lim and her fellow WP leaders, Low Thia Khiang and Pritam Singh, who are embroiled in the intense Aljunied-Hougang Town Council (AHTC) trial that is progressing in court.

Sharing a short clip of Lim describing how she came into politics – which is cut from the longer WP documentary from 2017 entitled, Walking With Singapore: Road to 2011 – the party wrote:

“Do you remember GE2001 when the PAP formed the government on Nomination Day itself? Driven by the political circumstances at the time, and by her father and experiences in her younger days, here’s a throwback to when our Party Chair Sylvia Lim took the plunge into Singapore politics.”

In the video, Lim spoke about how much of her early political education came from her father, Mr Lim Choon Mong. Mr Lim worked in the police force before quitting to study law in London and qualified as a practicing lawyer in his late 30s.

Sylvia Lim followed in her father’s footsteps, first joining the police force as an inspector before carving out a career in law.

In the WP documentary, Lim speaks about how her father – who is known for regularly giving briefings to founding Prime Minister Lee Kuan Yew whenever Lee visited the army barracks, when Mr Lim was in the police force – candidly spoke to his children about politics at home and how she took an early interest in politics.

Lim describes that the 2001 General Election was a turning point for her. Called barely two months after the devastating 9/11 tragedy that shook the world, Lim said that she was appalled that two-thirds of the seats were left uncontested by the opposition due to the suddenness of the “snap election,” allowing the ruling party to claim these wards by walkover.

The 53-year-old said: “I was quite shattered by this and thinking there’s something very wrong about the way the elections are run. And unless Singaporeans step forward to try to correct this imbalance, by joining opposition parties, I think in the end the PAP will just have a field day and our elections will become a sham.”

Following the election, Lim promptly called up WP leader Low Thia Khiang – who, at the time, was one of only three opposition candidates elected into Parliament – and expressed her interest to join the party.

Lim joined the WP just 10 days after the 2001 General Election concluded and quickly rose up the ranks to become the party’s Chairman 18 months later, in 2003.

During the 2006 election, Lim led the WP team contesting Aljunied GRC. Although the WP team lost the ward after garnering 43.9 per cent of the vote, they received the highest percentage of the vote garnered by any of the losing opposition candidates in the election. Due to this, Lim was selected to become a Non-constituency Member of Parliament and served as NCMP from 2006 to 2011.

Lim was finally elected to Parliament with her Aljunied GRC team in 2011 and was re-elected during the last general election in 2015.

The throwback video WP shared on their Facebook page this past Thursday has garnered over 25,000 views so far. Watch the short clip here.Follow us on Social Media