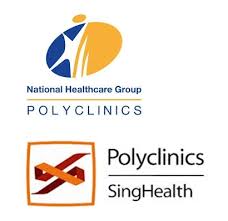 Philip Ang, a blogger, has written an email to Workers’ Party MP Sylvia Lim telling her that he has several questions about the Government subsidies given at polyclinics and public hospitals. He said that the Health Minister has refused to engage him or to answer his questions. This publication was copied in the email to the opposition MP.
Mr Ang said that he is concerned that the ‘full amount’ charged by the public hospitals and polyclinics is much higher than the fees patients pay at private clinics for medical consultation and medicine. He questioned if medical consultation and drug prices at public healthcare facilities are artificially inflated and if patients are actually given a subsidy.
In the email to Ms Lim, he attached a medical bill from a polyclinic.

The bill provided by Mr Ang suggested that the patient was treated at a polyclinic for a common cold or flu (the patient is given cough syrup, antihistamine for allergies and painkillers). Mr Ang asked why the total unsubsidised bill at the polyclinic was $54.04, when it may cost no more than $40 for a patient to get himself treated at a private neighbourhood clinic for the same illness.
He asked if the public healthcare institutions inflated their bills to impress upon the patients that they were given a generous subsidy by the Government.
Mr Ang further questioned if the Government reimbursed public healthcare institutions for the ‘subsidies’ they provide to patients, and if so, do medical institutions like Singhealth and National Healthcare Group benefit unfairly at the expense of taxpayers.Follow us on Social Media