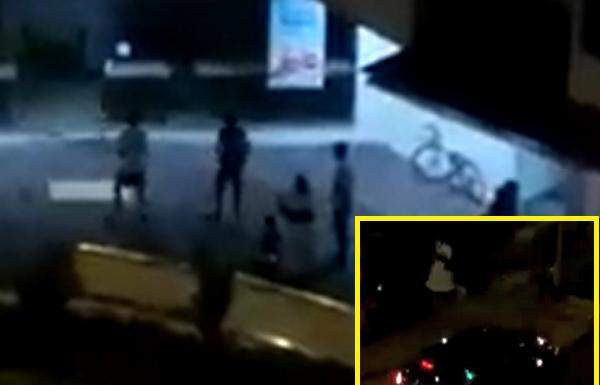 Facebook user Nurfa Noor shared that the driver of a car along Pioneer Road North in Jurong West Extension, bullied his family and caused them extreme discomfort disregarding several strangers who tried to intervene. She identified the aggressor as a “Malay driver in his 30s” who was driving a car with the licence plate number of SGN4611D. Nurfa claimed that at one point it looked like he would even endanger the lives of one of his family members with his car.

If you can see what Nurfa posted, this is what she said.

—
At around 11.30pm on 12th November, hubby Azlan and I heard shoutings from our bedroom. This Malay driver in his 30s (car plate number: SGN4611D) parked his car along the Pioneer Road North junction, at the bus stop outside City Harvest Church (Blk 949) and was yelling at 2 ladies in hijab who were with 3 kids (2 of them were around 3 to 6 years and an infant) who were standing by the roadside. Judging by how they were just standing there unsure of what to do and that the car front passenger’s door was open, I had already suspected that they were passengers in the car and was chased out by the driver. The driver then went back into the car and honked non-stop to nothing. After awhile, without closing the front passenger’s door, he reversed at least twice (going against the flow of traffic) to follow the ladies and kids who were walking away. He then drove up the kerb and targeted towards them. One of the older kids was already right in front of the headlights. He then drove off towards PIE and we thought the whole incident was over.

My hubby didn’t stop looking out the window and was telling me that the ladies and kids were asking around for help. They approached two Indian teenagers (who also witnessed the incident) and requested their help to call a cab. The younger lady, who claimed the driver was her kids’ father (possibly her husband) wanted to bring them all to her parent’s home nearby. As the 2 Indian teenagers were assisting her, my husband spotted the car returned. We were still at home then. According to the 2 Indian teenagers, the driver scolded them and asked to mind their own business as it’s his family issues. Judging by his temper, the 2 Indian teenagers probably did not want to get into a fight with the husband and decided to go to the nearest coffeeshop to call an older Chinese guy for help.

Hubby and I decided to go down and see what was going on. When we were downstairs, we purposely walked past the family to keep an eye on them. I saw the wife pinned against the wall at a corner and crying while the husband was talking to her with his hands up against the wall and blocking her. We moved a little further from them as the husband was glancing at us and since I’m pregnant, we did not want to get into unnecessary trouble. By then all the witnesses had gathered with us and a few had called the police. By the time the police arrived, the whole family had left. We didn’t know if any domestic violence was involved while we were not around to watch.

Officers said that for now, there seems to be NO imminent danger and if they do receive a call from the family, they will continue the investigation. The driver was recklessly driving; reversing with the doors open, driving against traffic, driving on pedestrian walkway, making a U-turn at non-designated U-turn spots, beating the red light and has a temper. Let’s just hope no innocent lives will be hurt by this reckless driver. And to the ladies and kids if they had followed the driver back home, stay safe. If you’re in trouble, seek help. There are people willing to help you out of your predicament.