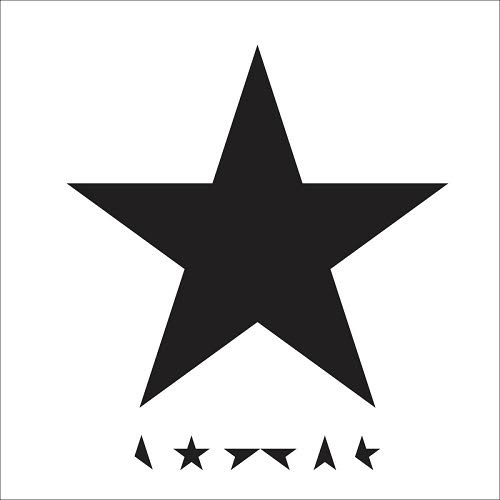 By: Jeannette Chong-Aruldoss
There is a famous English saying which goes “There are no atheists in foxholes.” The saying meant to argue that when a person is staring at the face of death with no way out, he will believe in God.
10 January 2016 saw the passing of perhaps the greatest artist of our generation – David Bowie.
He amazed his audience by the iconoclastic way in which he negotiated with contradictions. From the onset of his artistic career, he spurned categorisation into any sort of normative box. His appearance was androgynous. His sexual orientation was ambivalent. His musical style was eclectic.
Through the decades, he seemed to live out his life as a flamboyant international pop star. He pandered to the flashbulbs, dressed to the nines and married a famous supermodel. But he was also intensely private, sharing very little details about his personal life to the public. So he was accessible to the public, yet opaque and private.
He donned multiple personnas – Major Tom, Starman, Ziggy Stardust, Aladdin Sane, Thin White Duke …. but which/who IS David Bowie? Were each or any of these personalities a fragment of Bowie himself? Or were they all complete inventions of his fertile imagination? We are not sure. His various personas were elaborately drawn, but Bowie himself remained enigmatic and elusive.
Alienation was recurring a theme of work. But the further he drifted out of earth’s bounds, the stronger the tug he held at heartstrings and the more he resonated with his audience. So he was distant yet intimate.
A singer becomes an artist when his performance become a canvas for communicating his perspectives of life, ideas and feelings. His songs were not just tunes but a tapestry. His lyrics were poetry hewn out from multi-layered introspection.
In 1969 he captured the public’s attention with his now classic single “Space Oddity”. His repertoire through the 70s, 80s, 90s, and into the 21st century, was a fascinating exploration of futility and meaning, purpose and purposelessness, pride and pain.
“Look up here, I’m in heaven” goes the very first line of his latest single, ‘Lazarus’, released just three days before his death. But the scene in which the line is expressed is far removed from heaven. We are shown a sick dying blindfolded man lying alone stuck on a hospital bed in a dreary room.
Why does the blindfolded man lying down says “Look up here, I’m in heaven”? We are confounded by the contradiction. And at once you know that Bowie’s ‘Lazarus’ will deliver you with a heavy package of thoughts that will drive an arrow through your heart, mind and soul.
That darkness portends epiphany is quintessential Bowie, and the darkest hour is hailed by the chime of Death at one’s door.
Transiting from life to lifelessness is the most personal of all journeys. Yet Bowie shares that last leg with us by allowing us to stand by his deathbed through this intensely intimate video.
As always, contradictions abound. The Lazarus video is laced with religious as well as nihilistic imagery. Euphoria (“I’m in heaven”) is paired with fear (I’m in danger”). Liberation (“I’ll be free”) is juxtaposed with constraints as the video shows him shuffling backwards into the confines of the armoire.
What truths did Bowie discover at the end of his journey through this world? Did he look for God? Did he find God? Did he conclude there is no God? With ‘Lazarus’, Bowie’s audience cannot help being drawn to wonder about his spiritual orientation.
Having been cornered into a “foxhole”, did he embrace the existence of God and thereby proved true the adage that there are no atheists in foxholes?
Or is ‘Lazarus’ Bowie’s way of telling us that he saw no God and no afterlife and was braving the reality as he saw it – that death is the absolute end?
I don’t think that Bowie intends to deliver us any answers. Instead, I surmise that Bowie is calling us to embark on our own personal journey of discovery. So that instead of wondering about Bowie’s spiritual beliefs, perhaps we should instead be pondering about our own beliefs about truth and destiny.
For me, a true artist is one whose artwork gives just enough clues to evoke and provoke us to ask the questions which are important to us – yet leaves sufficient gaps to allow us to import our own relevance and meaning into what we see on the canvas.
I see Bowie as that true artist who helps us to plumb the depths of our own sorrows and misgivings – yet never imposes or prescribes the conclusions and resolutions which are for us to draw and find for ourselves.
Bowie’s body of work is an exhilarating journey. We have had the privilege of hitching a ride on his “tin can” which flouted the laws of gravity, time and space and floated across the universe of his imagination. But where Bowie believed his journey ended, is only for him to know.
But there is one truth which Bowie lets on and which we all can subscribe to. The man known as David Robert Jones born on 8 January 1947 passed away from this world on 10 January 2016.
The icon known as David Bowie is still very much alive and it looks like he will be around for a while.