Daily brief: Coronavirus update for May 31, 2020; decreasing numbers of new cases in community 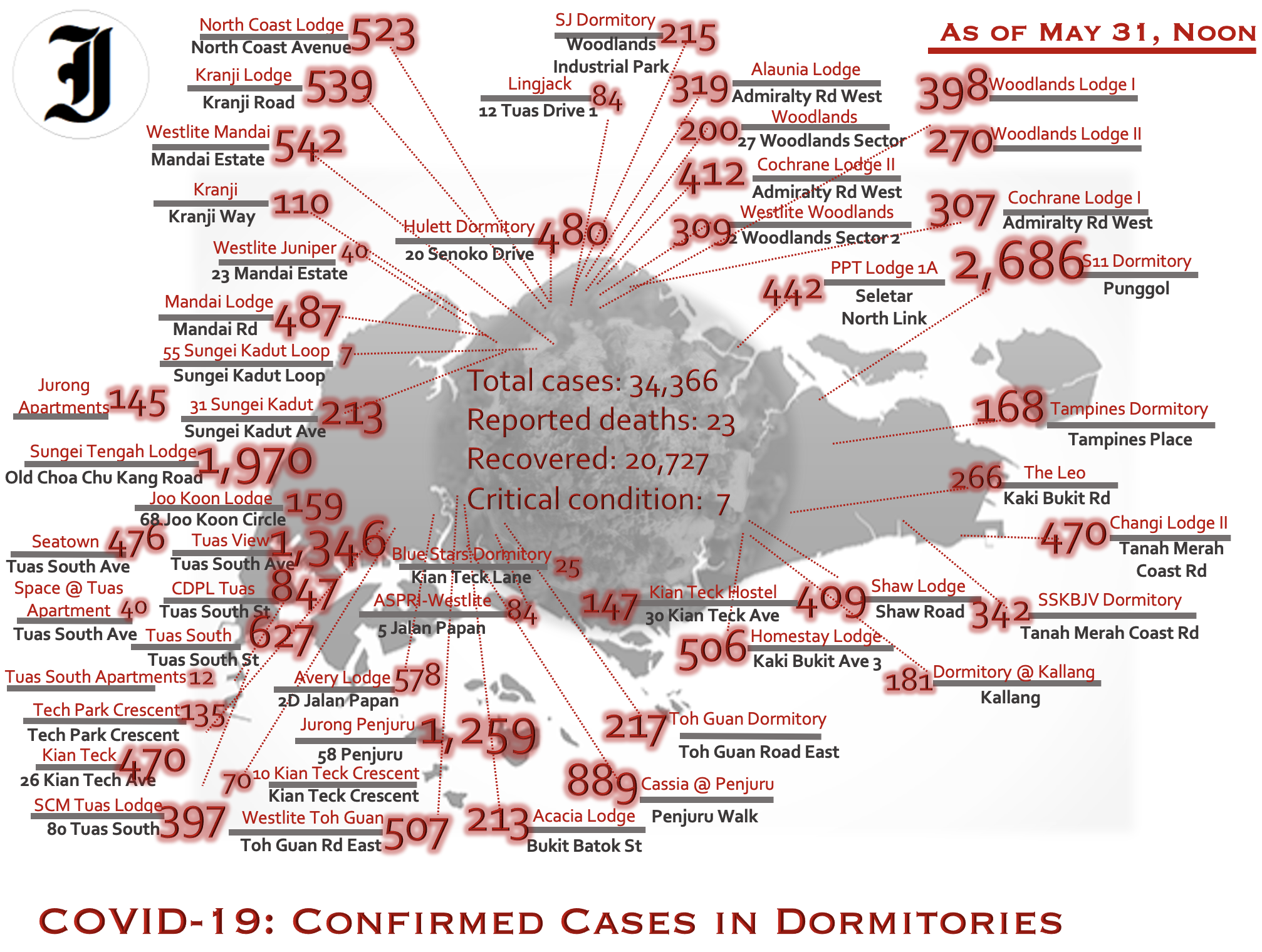 Singapore – A total of 506 new Covid-19 cases were reported on Saturday (May 30), said the Ministry of Health (MOH) in their latest update. Singapore now has a total of 34,366 cases with 23 reported deaths.

Out of the remaining cases, five come from the local community, two of which are Singaporeans and permanent residents, two work permit holders and one work pass holder.

MOH has looked into the cases of three prison inmates (Cases 8650, 11178 and 23195) and one staff nurse from Singapore Prison Service’s medical service provider (Case 11927) who had earlier tested positive for Covid-19.

It was established they were not epidemiologically linked to one another and do not constitute a new cluster. A new cluster was formed at 15A Senoko Way with nine confirmed cases. Of the cases linked to dormitories, the S11 Dormitory at Punggol remains the largest with 2,686 confirmed cases to date.

No imported cases were reported on Saturday while the total number of recovered patients went up to 20,727 as 1,096 more cases have been discharged from hospitals or community isolation facilities. Seven patients remain in critical condition, while 13,242 are in isolation and receiving medical attention at community facilities. There are currently 374 confirmed cases still in hospitals.Follow us on Social Media