China, not a benign power 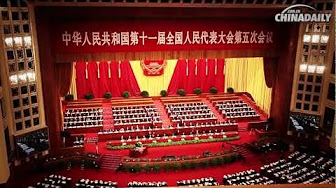 The often touted narrative in the 1990s was that China was a benign power and its rise will be peaceful. What an oxymoron!
No great power in the history of the world has ever had a peaceful rise. The Germans tried that in the 1930s but met with disastrous consequences.  Well, so much for political naivette.
Even when China was weak she has had border skirmishes with all of her neighbours, the last being with Taiwan in 1996, when Beijing angered by the taunts of President Lee Teng Hui, began lobbing missiles across its bow against what it then as now has always as called the ‘renegade province’ (whatever means).
So soon after the communists came into power, China hurled its armies into the Korean War in the 1950s only to return with its nose broken and bleeding.
When that was not enough she began a campaign of armed conflict in Taiwan then known as Formosa in 1954 and 1955. In 1959, unbeknownst to much of the world Beijing annexed Tibet threatening the decimation of the Tibetan culture and its way of life.
In 1962, a bitter and unprovoked war with India only after the US sent military and logistics aid. From 1965 to 1976 China underwent the Cultural revolution where under the banner of bourgeois rehabilitation millions of peasants, intellectuals, writers and other leading lights were either exterminated or banished to to their deaths into the far regions of the nation’s interior.
Yet despite being in the throes of those wrenching moments, Beijing never lost its romance for armed conflict. In December 1969, there was a month-long campaign of border skirmishes with the then Soviet Union along the Ussuri River that only receded after the Russians assembled their nuclear arsenal coupled with American intervention to prevent its dangerous escalation into a nuclear holocaust.
In 1978, with the cessation of the Cultural Revolution, China was back at what it knows and does best! It invaded Vietnam calling it as how its one-time strongman Deng Xiao Ping once termed it as, ‘punishment’ for Hanoi for having had invaded and plundered Cambodia. That clearly was against international law but, China cared for little as would the shattered morale it would  its begrudging troops returning home would suffer.

And just when it seemed that China would obsess itself with economic development in the 1980s, it still found some spunk to engage in a month-long naval battle with the Vietnamese in 1988 over the Hansha (Spratly Islands) .
Finally between 2000 and 2010 it took an unprecedented binge in defence spending calling it necessary to protect and police its vast coastline.
Now with a bulked up defence force, we know what that huge spending was for: to taunt and force into submission its weaker Asian neighbours.
Perhaps, Napoleon was right all along when he said 200 years to let China sleep. The problem arises when she is wide awake. And she is wide awake.Follow us on Social Media