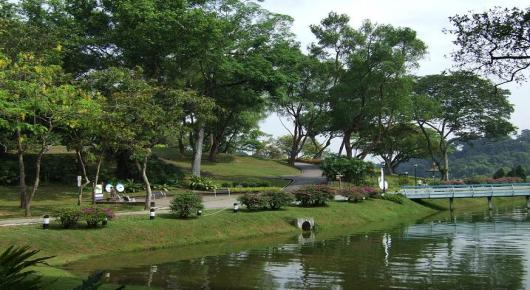 Get ready for a hike in water tariffs if water supplies run out.
Indeed that may just be what will become if water supplies in Johor’s Linggui Reservoir run out if 2017 turns out to be a dry and warm year.
Singapore’s Foreign Affairs Minister Vivian Balakrishnan did not however, say that there will be a hike but that  is just what it would be, if fresh water supplies run out. Balakrishnan was giving a written reply to Marine Parade GRC’s Seah Kian Peng. He said the water level at the reservoir stood at 27 per cent as of Jan 1. And should it drop to zero, it could cause “severe problems” for both Singapore and Malaysia.
Water has long been a strategic resource for both nations. As a matter of fact in 1942, Japanese invaders cut off water supplies to Singapore as  a battle tactic for their eventual victory over Singapore. In latter years, Malaysian politicians constantly leveraged on water as  a bargaining chip and also to extract political concessions from Singapore because they knew Singapore lacked water, or rather sufficient resources of it for its population which is now expected to grow on the back of immigration.
Malaysia’s knowledge of Singapore’s vulnerability stems from a 1962 Water Agreement between the two countries. That agreement, allows Singapore’s water agency PUB the exclusive right to draw up to 250 million gallons (mgd) of water from the Johor River each day. In return, Johor could buy treated water of the same volume as up to 2 per cent of the water extracted by Singapore on any given day, or about 5 mgd if Singapore draws its full entitlement of water from the Johor River.
Yet the nature of agreements is only as good as the ability of both sides to honour it, come hell or high water!
If supplies do run out, Singapore can only but expect the inevitable.
Reverse osmosis has indeed helped Singapore bring the bacon home over the last decade or so, But, the environmental impact that process cannot be isolated in the  treatment and eventual distribution and consumption of water.
But evaporation and its consequences are severe. That foreboding is what lies at the crux of relations between both nations and if water supplies run out because of global warming, Malaysia is not be held accountable by any means.Follow us on Social Media