International Chicago is the 'rat capital" of the United States

Chicago is the ‘rat capital” of the United States 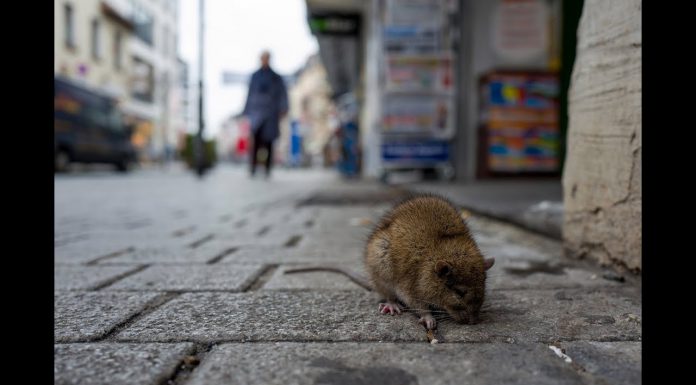 According to a study by RentHop, Chicago is the “rat capital” of the United States of America. The abundance of garbage and buildings in The ‘Windy City’ makes it a great location for these rats to seek shelter and food for survival.

The presence of these furry critters poses a threat to city dwellers due to the fact that they are capable of spreading diseases and cause allergic reactions to humans and animals.

Renthop said that there were a total of 50,963 rat complaints last year. Compared to 32,855 in the year 2014. The number of rat complaints in 2017 increased 55.1 per cent. Furthermore, in the first half of 2018 (from January to June), there were already 13,753 rat complaints lodged to Chicago’s 311. Chicago 311 is a special number which provides access to non-emergency municipal services.

“We’ve collected a subset of data of 2017’s rat complaints made to Chicago’s 311 to find out more about which neighborhoods and locations have it the worst and if there have been areas with higher rat sightings over the years,” the study from Renthop said.

In contrast, the neighbourhoods of The Loop, Gold Coast, and River North had fewer complaints; while Printers Row, Riverdale, and Oakland recorded the lowest number of complaints.

Besides Chicago, other American cities of New York, Washington D.C.. and Boston were also surveyed by the study. From the overview, among the cities, Chicago has the greatest number of total rat complaints all year round, followed by New York City, Washington DC and then Boston.

The gap in the total number of rat complaints in 2017 between New York City and Chicago is significantly vast, with the difference in rat complaints between these cities ranging roughly between 56.5 per cent to 66.1 per cent.

The study said: “By calculating complaints per 100,000 residents, we’re surprised to find that as one of the most populous state, New York City actually ranks behind Chicago and the other cities in terms of the number of rat complaints. Chicago still tops the list as the city with the most number of complaints per 100,000 residents. However, Washington DC follows behind Chicago, followed by Boston and then New York City.”

“Rodent complaints are not an accurate indicator of the rat population in an area; however, they do show that Chicagoans care about the health and safety of their communities,” said Chicago’s Streets and Sanitation Spokeswoman Marjani Williams.

She added that her agency “encourages residents to report rodent activity to 311 so that our crews can quickly investigate and address every sighting.”

One of the main reasons rats are unwelcome is because they carry pathogens that may transmit disease to humans, including hantavirus. Some of these pathogens can be transmitted through the rat’s urine and droppings, which become airborne as they break down and contaminate other dust particles. This means that you may be exposed to pathogens even if you don’t actually see a rat.Follow us on Social Media