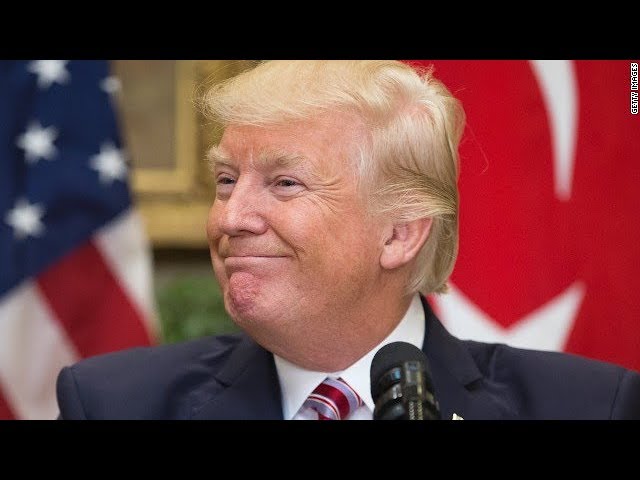 According to a poll released Sunday by The Wall Street Journal and NBC News, President Donald Trump’s job approval rating rose to an-all time high of 45 per cent. Indicating his tremendous support from his Republican base, his approval rating among them stood at 88 per cent.

The President’s approval rating is up one point since June, marking it a new high since his inauguration in January 2017. Only George W. Bush had a higher approval rating in the Republican Party at the same point in his presidency.

His increase in popularity is linked to the media coverage of him said Pollster Fred Yang. Yang said: “The more Trump gets criticised by the media, the more his base seems to rally behind him.”

The poll which started one day ahead of Trump’s summit with Russian President Vladimir Putin showed that 53 percent of Republicans approved of Mr Trump’s handling of Russia compared to only 6 percent of Democrats. But 46 per cent said special counsel Robert Mueller’s investigation into Russian meddling in the election should continue.

The President’s apparent attempt to absolve Putin and Russia from meddling in the 2016 U.S. presidential election was heavily criticised by both Republicans and Democrats since his joint press conference with Russian President Vladimir Putin.

58 per cent disapproved of the way Trump has treated children and parents who entered the country illegally and who have been separated at the border.

50 per cent of the Republican voters said he was better at handling the economy than the other major issues. But 53 per cent said that recently imposed tariffs would hurt the average American.

The President had higher disapproval numbers of issues like border security and immigration, trade, U.S. and Russia relations and immigrant families at the border, with 45 per cent disapproving of the way President Trump is handling trade between the U.S. and foreign countries.