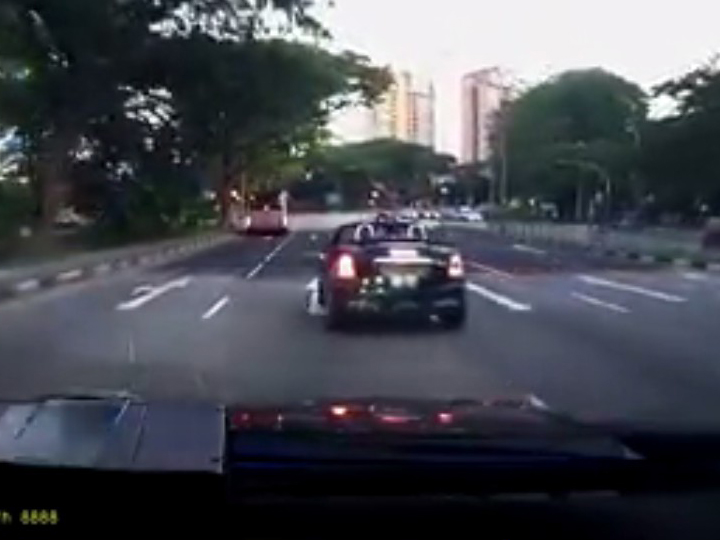 Netizens have flamed a driver who posted a video of himself trying to speed and prevent a Caucasian driving a Mini Cooper to prevent him from turning into his lane and the frustrated Caucasian driver flashing a middle finger at him.

The incident occurred yesterday along Upper Thompson Road, around 5.30pm.

The Mini Cooper angrily speeds up and cuts into the lane before flipping off the driver who tried to block him.

Instead of expressing sympathy for the one who was flipped off, netizens have excoriated him for his rash driving: