The Independent News
Home News Featured News Cancer-stricken woman, whose husband tried to withdraw CPF funds to save her,...

Cancer-stricken woman, whose husband tried to withdraw CPF funds to save her, passes away

Sarojini Jayapal drew her last breath on August 10 after battling cancer, her husband had been trying unsuccessfully to use his CPF savings to help with her medical treatment 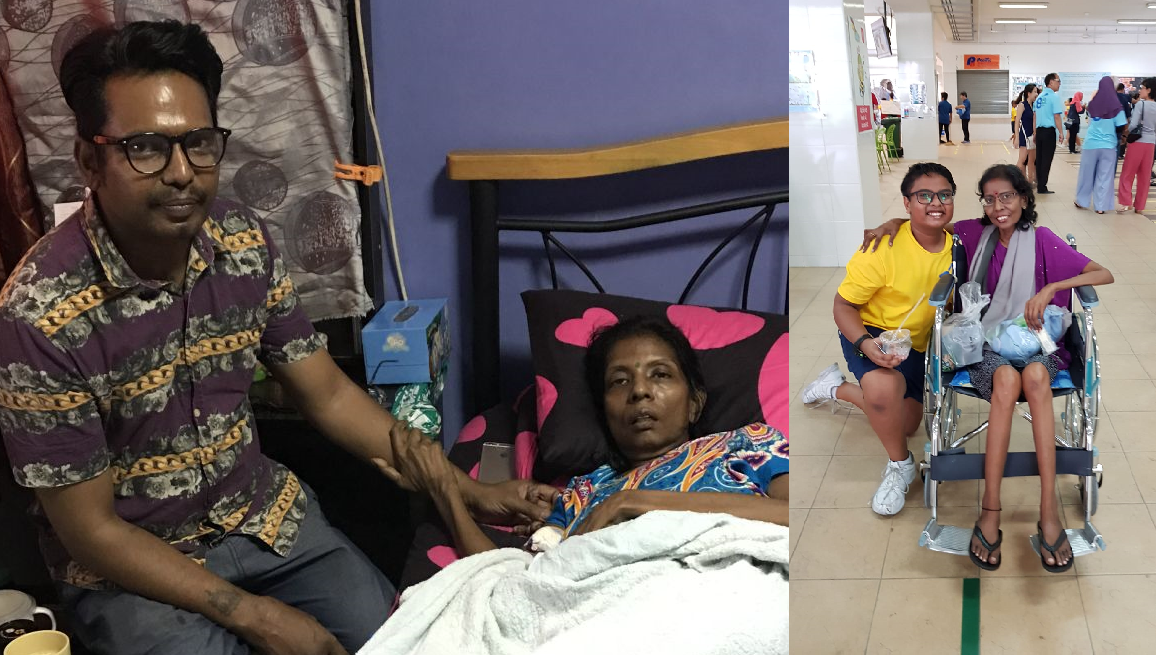 Lawyer M Ravi has revealed that Mdm Sarojini Jayapal passed away on Saturday morning (10 Aug). Mdm Sarojini’s husband, Mr Suriia Das, had tried to withdraw his Central Provident Fund (CPF) savings in a desperate attempt to pay for medical intervention he hoped would save his beloved wife’s life but the CPF Board did not allow him to do so.

Last month, 47-year-old Mr Suriia Das revealed that his wife (also 47) was suffering from stage 4 ovarian cancer and that the CPF Board has declined to allow him to use his own savings that are in his Ordinary and Special accounts for his wife’s medical treatment.

Mr Suriia, who has a 19-year-old son, had been tirelessly caring for his wife since she was diagnosed with cancer in 2016.

Through the years, Mr Suriia exhausted his savings and approached all avenues for help in paying for his wife’s hefty medical bills for chemotherapy and numerous other procedures – he had approached parliamentarians and licensed moneylenders for help in saving his beloved wife.

Human rights lawyer M Ravi took on the couple’s case pro bono and uploaded a video interview of Mr Suriia and Mdm Sarojini to social media. Mr Suriia said that they opted to seek treatment at Mount Elizabeth Hospital (MEH) and Parkway Cancer Centre (PCC) because the medical institutions “gave her the hope that she will survive”.

In response to the couple’s plight, the Ministry of Health and CPF Board released a joint statement on Friday (12 July) asserting that “misleading information” had been put out. The statement claimed that the couple have chosen to continue treatment at a private facility where there are no subsidies.

MOH and CPF Board further claimed that “CPF-allowed insurance schemes have paid out a total of about $510,000 to date” towards the couple.

Responding to CPF Board, Mr Suriia called the statement “misleading” and asserted that CPF only paid S$60,000 based on medical grounds and the rest is from their own hard-earned Medisave savings and private AXA insurance.

CPF did not release any further clarification. The couple’s lawyer, however, later updated that the legal challenge that he filed against CPF Board on behalf of Mr Suriia “is now being amicably resolved with the Board.”

Mr Suriia also tried to appeal for donations to save his dear wife. On the Simply Giving fundraising platform, Mr Suriia revealed that his wife first experienced abdominal discomfort in 2010 but doctors at a government hospital told her that “tests did not reveal that she was suffering from something more severe than just abdominal pain.”

Six years later, Mdm Sarojini was diagnosed with advanced metastatic ovarian cancer. Mr Suriia wrote: “Since then, she has had her entire womb removed, severe retina complications, mouth sores and her weight plummeted from 76kg to 36kg.

“Every day, she is in constant, agonising pain, managing to eat a few mouthfuls of solids, and being fed intravenously most of the time.”

In the heart-wrenching appeal, Mr Suriia poured out his love for his wife and asserted that he and his son can’t afford to lose her. He said: “I want her to have hope and fight it, hope will bring miracle. My son and I can’t afford to lose her. She is the love of our lives, in fact she is the reason why I am alive. To others it is just a person but to me she is everything.”