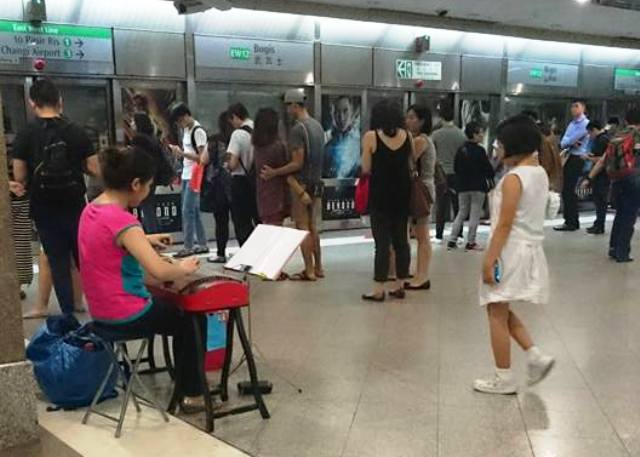 Facebook user Dougles Chan shared a picture of a woman playing an electone keyboard at Bugis MRT station. He captioned the picture: “Performing and asking for donation inside mrt? Like tat can meh???”

The Land Transport Authority (LTA) had in October 2015 announced that buskers will be allowed to perform at 15 MRT stations, including the one at Bugis. LTA cooperated with the National Arts Council (NAC) to bring this project to the different MRT stations. It said, “other than providing entertainment for your senses, this busking initiative provides a platform for local performers to showcase their talent.”

The authorities though are not so kind to the poor and disabled who try to sell tissue papers at the MRT stations. It was recently reported that security officers surrounded a wheelchair-bound tissue seller at an MRT station.