The Independent Singapore News
Home News Featured News Amrin Amin slammed for calling a netizen 'snowflake' and telling him not...

He is accused of being out of touch

Singapore — Former Senior Parliamentary Secretary Amrin Amin faced a barrage of criticism when he sided with the People’s Association against Ms Sarah Bagharib, who accused the association of “disrespect for Malay/Muslim culture” and “lack of diversity”.

Readers may recall Ms Sarah protested when the PA used her wedding photo as part of a Hari Raya decoration at Tiong Bahru Orchid estate without her permission.

The PA issued an apology but subsequently withdrew its offer of a meeting with her.

Mr Amrin Amin shared the PA’s response on his Facebook page and added that there was “a lesson” to be learnt.

He wrote: “It’s wrong to use someone’s photo without permission. And of course, wedding does not equal Hari Raya – but that’s not ‘racist’. As we call out racism, we must be careful not to label every error as borne out of racism or ‘racist culture’.” 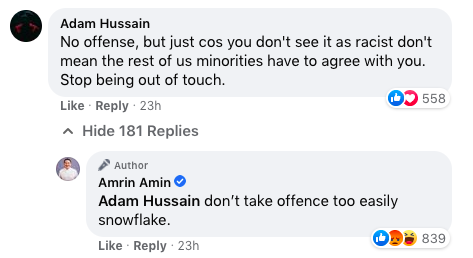 A Facebook user by the name of Adam Hussain commented on Mr Amrin’s post, saying that “just because you don’t see it as racist don’t mean the rest of us minorities have to agree with you. Stop being out of touch.”

Mr Amrin faced a huge backlash when in his reply to the netizen he said: “don’t take offence too easily, snowflake”. 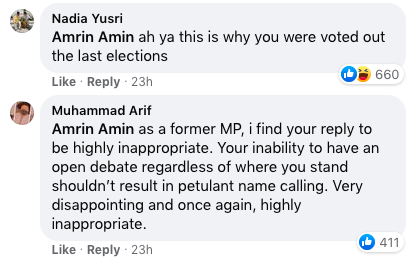 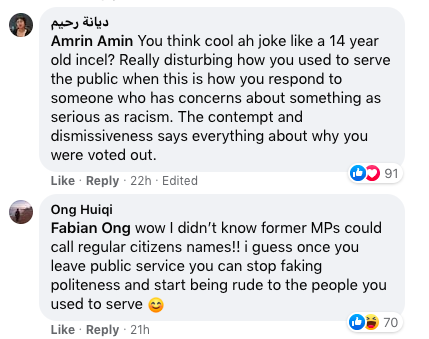 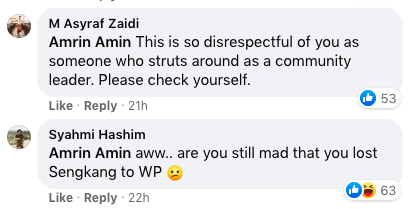 On May 28, Ms Sarah posted on her Instagram account that her wedding photo had been used as a standee with her and her husband’s faces cut out. She added that she had brought the matter “to the attention of the relevant parties”.

After the PA issued an apology, she wrote in another post on June 1 that she “acknowledged and appreciated” the gesture, but she also pointed out a “superficial understanding of the gravity of the issue” in the apology and said that “there is a larger issue affecting the wider Malay/Muslim community”.

She told the PA, complaining against its use of her photo: “It was insensitive on many levels, but telling of your flagrant disregard for copyright laws, norms of proprietary, privacy and disrespect for Malay/Singaporean Muslim culture stemming from sheer ignorance.”

She went on to ask whether the lack of cultural and ethnic diversity in PA’s leadership — “group directors, directors, and deputy directors ” — could have “trickled down” to the rest of the organisation and might have been the reason behind the usage of her wedding photo.

On June 14, almost two weeks after Ms Sarah responded to the post, the PA issued a statement, which it posted on Facebook, saying it saw no point in going ahead with a meeting with her. /TISG