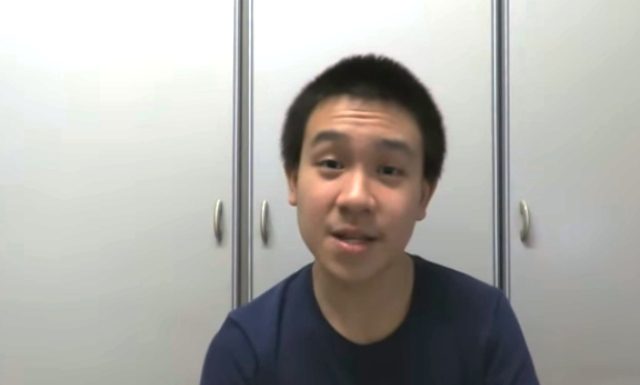 Rising like a phoenix from the ashes … but don’t break out the champagne yet!

1. The magnitude of the seismic shock related to Judge Cole’s decision to grant refugee status to Amos is on a par with the 2016 election victory shocker of Donald Trump. That wasn’t just my sense of how badly his asylum bid had seemingly gone before Friday’s bombshell; Amos Yee himself even supposed it so.  Just 6 days prior, he had in fact given up on his American coterie for support and instead turned to what was left of his home base for help — it was as if a last-ditch bugle call for some imagined cavalry from home to ride to his rescue. https://lester978.wordpress.com/2017/03/23/amos-yees-plaintive-cry-for-help-in-detention-all-for-naught/   So congrats to him (and to you Melissa) for this abrupt reversal of fortune. But his greater challenges/problems are just around the corner…

2. If by early next week Amos remains incarcerated, we can figure an appeal against his asylum to be in the works. With the judicial half of his asylum equation completed, next comes the other half of political considerations. Two points are of note here: i) Amos is no fan of Donald Trump a fact he has previously made known soon after Trump’s election. But what must be not so amusing to the officials of the Department of Homeland Security of late was the fact that their feathers were ruffled by a teenage alien inmate under their detention excoriating them via his Facebook for tardiness and ineptitude, as well as perfidy, i.e., for going back on their words to release him. ii) All along, the Singapore authority has been cannily reticent about Amos’ asylum brouhaha. Even after Friday’s stunner, it has not commented much on TV except incidentally on the evening news from its various official media outlets. Come next week when Washington reopens for business, we’ll have a better idea if its Embassy decide to engage in diplomatic démarche. I would be surprised if the Singapore government simply let this slide without kicking up a fuss; Amos’ successful bid for asylum would be a demerit on Prime Minister Lee’s tenure.

3. In granting Amos asylum based on his discretionary reading of the evidence, Judge Cole has set a very low-bar precedent for political refugee admission — a policy the Trump Admin no doubt would take a dim view of. It is well noting that Judge Cole’s asylum ruling in favor of Amos hinges exclusively on the ‘official mistakes’ by the Singapore authority in the 4-week sentence meted out to Amos in 2015 (that eventually added up to some 50-plus-day ordeal of incarceration for him). The Immigration Judge however totally overlooked the subsequently more serious 2016 offense of blasphemy Amos wilfully and knowingly perpetrated. I term it ‘official mistakes’ because I do concur with Judge Cole’s legitimate criticism of the 2015 sentence punishment of Amos as being ‘too long and harsh’ for a youthful first-time offender; it did warrant my dispatching an uncomplimentary letter to his then presiding Judge at home. But Judge Cole in applying this 4-week sentence of incarceration as the basis to merit asylum consideration, has swung the floodgate wide open to potential abuses by future asylum-seekers.

4. You fretted: ‘The amount of death and rape threats to Amos were appalling. I’ve actually collected reams of screenshots of these comments that were used as evidence.’  End quote. I have no doubt that among them were Muslims he offended. Once he is free, the onus is now on you, his keeper, to afford him the kind of protection he may need as evidenced by Ayaan Hirsi Ali and Salmon Rushdie. At least his personal safety in Singapore was not an issue. But can you now vouch for the same for Amos in America without bodyguard, a question I would respectfully ply you?

5. As a final note here, in your preceding poignantly written cri de cœur for total, unmolested freedom of expression and thought for humankind, you injected the stirring locution of Hemingway to make your case. I would surely not quarrel with such eloquence. Instead, FWIW, let me conclude here by drawing some very obvious contradistinction between Western (American in this case) and Eastern traditions/cultures — or as LKY would put it the ingrained distinct ‘Asian values’ that set fellow Asians apart from their Western counterparts. For instance: while Judge Cole would, if he were adjudicating, rule in favor of the Constitutional right of Westboro Baptist Church members to picket at funerals with hateful signs that read ‘God hates fags’, in Singapore or in the East for that matter, spitting or swearing at a deceased during his/her obsequies is a no-no; Amos did not understand that, consequently he was punished for it. Certainly, for a Western judge who exhibited difficulty in writing and spelling Asian names correctly — at least 3 nominally related errors are evident in his published legal opinion, i.e., ‘Long’, ‘Ngreng’ and ‘Yew’ — one shouldn’t expect him to duly appreciate the deeply held local tradition of reverence in the East for the dead during mourning. And while fellow American Andres Serrano had his artistic right guaranteed by the U.S. Constitution to dip a crucifix in his own urine and displayed it as art in his 1987 controversial exhibition, such display would surely be deemed sacrilegious in the East and rightly expected to be banned. The so-called self-evident notion of all men being created equal, endowed by their Creator with unalienable rights to absolute freedom of speech, that is an imported foreign construct as alien to the East as the Easter Bunny. But good luck to Amos and you; you will need it.