The Independent News
Featured News Resident is all praise for Pritam and team for getting concrete ceiling...

Resident is all praise for Pritam and team for getting concrete ceiling fixed, even puts up posters at lift lobby commending them A resident of Aljunied-Hougang Town Council (AHTC) expressed high praise for Pritam Singh and his team earlier this week after they promptly fixed the concrete ceiling at the void deck of a HDB block in Bedok Reservoir.

Pritam, the Secretary-General of the Workers’ Party wrote a post on social media documenting the work done.

In a Facebook post, the WP Secretary-General wrote, “I met a resident on Wesak Day at Masjid Alkaff who informed me about a bad case of spalling concrete at the void deck of Blk 601, Bedok Reservoir Road, which I duly forwarded to the Property Manager (PM) in Eunos”.

“Today, the PM informed me that some notices had been put up complimenting the AHTC team who attended to his feedback”.

Pritam shared the photos that the resident had put up at the lift lobby with a timeline.

According to the photos: 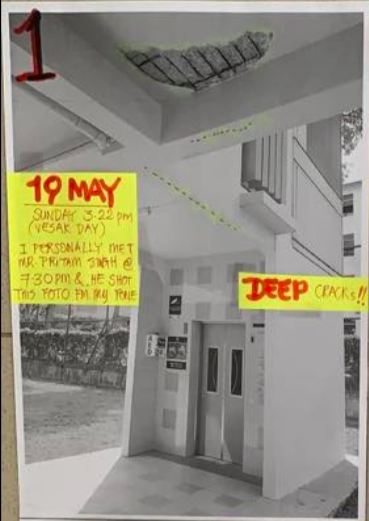 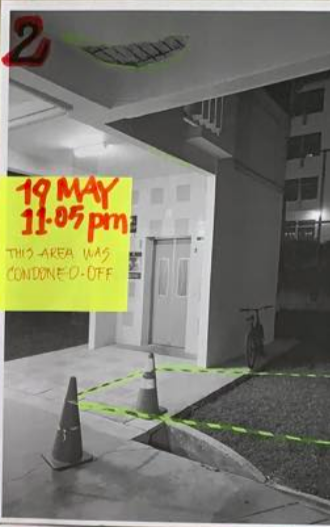 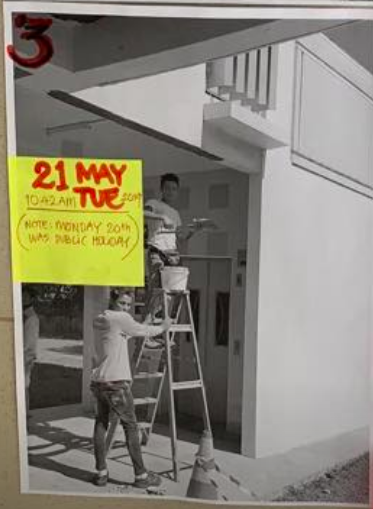 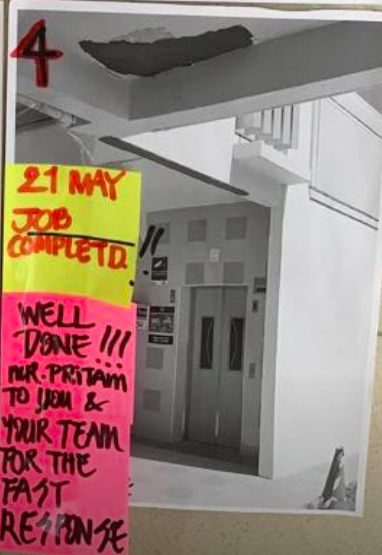 21 May: “Job Completed. Well done Mr Pritam to you and your team for the fast response”

In his post, Pritam wrote, “P.S. AHTC has taken down the pictures and words of support from the lift lobby as approval is needed to paste anything there! But we heart you!” /TISG