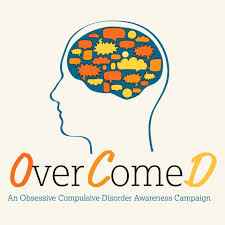 Four youth from Nanyang Technological University (NTU) are leading an effort to increase awareness of Obsessive Compulsive Disorder (OCD) and reduce the stigma associated with it.
Titled ‘OverComeD’, the campaign aims to dispel misconceptions about OCD as well as provide support for those with OCD to overcome the disorder. A 2010 Mental Health Study conducted by the Institute of Mental Health (IMH) found that OCD is the third most common mental illness in Singapore, affecting 3% of the adult population.
The students from the Wee Kim Wee School of Communication and Information in NTU chose to embark on the campaign as their final year project after realising that most of their peers did not actually know about OCD.
“Most people think that OCD is just a personality quirk, such as someone who is obsessed with being neat and clean, not realising that it is a mental illness,” said Ms Christine Wu, 22, one of the four students involved in the campaign.
She added that she also did not know that OCD was a mental illness, until she took an introductory psychology class.
She is not the only one. A 2015 mental health literacy study conducted by IMH revealed that OCD is the second least recognised mental illness amongst adults in Singapore, with a recognition rate of 28.7% compared to other disorders such as dementia (66.3%) and depression (55.2%).
The low recognition rate of OCD is rather worrying, especially since it has a relatively high prevalence rate, said Ms Wu.
Her teammate, Ms Vanathy Chozha Nathan, 22, added that it is therefore very important to let the public know about the disorder, as the lack of knowledge may result in people suffering for years because they were not diagnosed.
“Most of the people with OCD that we spoke to were unaware that they had the disorder, until it got out of control,” she said.
According to the 2010 IMH study, people with OCD typically take an average of nine years after the onset of the disorder before they seek treatment.
As part of the campaign, a free screening of the Academy Award-winning film “As Good As It Gets”, starring Jack Nicholson as a misanthropic best-selling novelist with OCD, was held at *SCAPE on 12 March. Roadshows were also held at NTU, NUS, Temasek Polytechnic as well as *SCAPE. The campaign has one more roadshow happening in SUTD on 21st and 22nd March.
This campaign is supported by CHAT, a national outreach and mental health check programme under the Institute of Mental Health (IMH), which helps and supports young people with their mental health concerns, as well as Sniff, a multi-function mobile application designed to lessen the time taken to arrange group activities and allows businesses to promote their products.