The Independent Singapore News
Home News SG Economy What does Trump's win mean for Singapore? What can PM Lee do?...

What does Trump’s win mean for Singapore? What can PM Lee do? Will he? 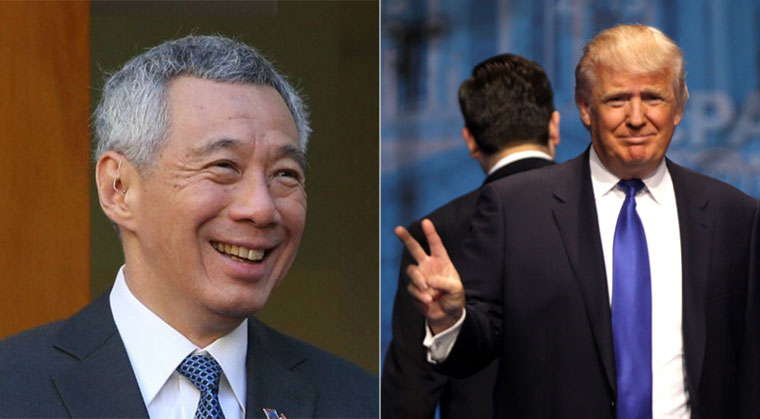 Trump’s win means Americans dare to change not once but twice in 8 years. In 2008, they voted Obama in a mood for change. But jobs continued to be lost overseas, too many immigrants came in, income gap widened, America’s prestige and credibility abroad went down. Disappointed after 8 years, they just voted for another change to make America great again.

Americans’ courage to change explains why they are among the most dynamic and innovative economies in the world. When things are not going right, they are prepared to discard old baggage and start anew. This is an important lesson for Singapore.

We need higher productivity to sustain future economic growth. To do so, PM constantly tells Singaporeans to work harder and smarter by becoming more innovative. But he has been telling us the same message since he became a minister in 1985. After 31 years, productivity growth remains low and Singapore is nowhere near being innovative. How long more can Singaporeans tolerate such a poor performer? Isn’t it time to discard this old baggage of PM and his team and start afresh? Will Singaporeans have the courage to do so and vote them out like what the Americans just did? For our own and our children’s sake, we better summon enough courage to vote for change at the next GE.

PAP will tell voters opposition has no experience running the government and only PAP has. Hillary also claimed she has 30 years of government experience but Trump countered it’s bad experience that has not solved America’s problems. Similarly, LHL’s experience has not helped Singapore becoming more productive or innovative, so it’s bad experience like Hillary’s and has to be discarded by Singaporeans; only then will Singapore have any chance of succeeding in the brave new world where disruption is the new normal.

What can PM Lee do?

Trump’s election is more than an embarrassment to PM Lee. It reflects his serious judgement and failed diplomacy. He underestimated the rising tide of anti-globalization and actively promoted the Trans Pacific Partnership as co-founder with the US. He ignored China’s protestation that the TPP was a scheme to contain China under the guise of free trade. But TPP is now dead as Trump is opposed to it. So PM Lee has incurred the wrath of China unnecessarily without getting any trade benefits for Singapore.

What should PM Lee do now? He must first acknowledge the growing mood of anti-globalization by focusing on the regional economy. Singapore can profit by becoming a service centre to support and complement economic development in regional countries. I recommended this strategic positioning 5 years ago in my $60 billion economic plan that EDB had only belatedly suggested recently (See my earlier posting on the topic HERE). PM Lee should put his weight behind this and actively push for it particularly when China is investing heavily in infrastructural developments across South East Asia. Will he? Has he any other viable options in an anti-globalization world?

The next key area is security. PM Lee has openly allied Singapore with the US, urging it to keep its military presence in Asia to secure safe freedom of navigation through the South China Sea. But Trump has threatened to pull out from this region if the allies do not pay their fair share of the defence upkeep. Since PM Lee is so keen to have US presence, will he be going around helping the US by asking the allies to pay for defence protection provided by the US? Of course, he risks appearing like a fool if he fails to persuade the allies like the TPP fiasco. Alternatively, he could start being friendly, really friendly, with China. Which way will he go?

A new world order beckons. It is vitally important that PM Lee takes a new fresh approach. He cannot do so if he continues to surround himself with cold war relics advising him with perspectives that are more appropriate to the old order. He needs to replace them with a different set of advisers in key government agencies and think tanks. Only then can Singapore keep in step with the world.Follow us on Social Media