The Independent Singapore News
Home News Was the Bible an inspiration for 'Eunoia' in Eunoia JC?

Was the Bible an inspiration for ‘Eunoia’ in Eunoia JC? 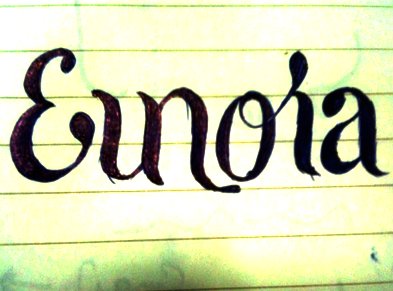 Acting Minister for Education (Schools), Ng Chee Meng in announcing the opening of a new Junior College (JC) in 2017, said that he is confident that the college will work hard at nurturing students to possess innovative thinking and a passionate heart for Singapore. The bulk of the JC’s students will come from Catholic High School, CHIJ St Nicholas Girls’ School and Singapore Chinese Girls’ School.

The new school is much discussed not because of the programme it offers (it is aimed at students in the IP programme where secondary students can sit for their GCE A-Level Examinations without taking the GCE O-Level Examinations), but for its very unusual name – Eunoia JC.

Eunoia means “beautiful thinking” and “goodwill towards others” and it alludes to “the convergence of the heart and mind, which is one of the key tenets of the JC’s vision: Thinkers with Heart”, explained the Ministry of Education.

MOE’s explanation did not assuage some who wondered why the Ministry could not choose a name which is more ‘Singaporean’. After all, we have 4 official languages to choose from – Malay, Mandarin, Tamil and English.

Eunoia is a Greek word and it is used once in the Bible:

“With goodwill (Eunoia) doing service, as to the Lord, and not to men” – Ephesians 6:7.

If indeed the inspiration for the Greek word is the Bible, than it will be the first time that a secular, MOE school has been given a name with religious roots.

Some parents had expressed concerns to the school’s principal that the JC’s Mount Sinai campus would be too far from their homes. So, social media users joked about how those taking a taxi to the JC will have a tough time explaining to the taxi driver where they are going , given that the name sounded like “You know, yeah?”

To address such online chatter, MOE came out with a witty rejoinder to further explain its name.

Thanks for your creative interpretations on how to pronounce the name of our newest JC – Eunoia.You know ya, it’s an…

Posted by Ministry of Education, Singapore on Tuesday, 29 December 2015

MOE’s witty explanation has now gone viral, but it has mostly had the opposite effect of assuaging those that are concerned.

One commenter perhaps said it best:

“It is strange that we are not giving our schools a local flavour but some pretensious name with Greek origins. Do we not have enough culture among us four races to come up with something inspirational and contextually meaningful to Singaporeans? You have just created a school with a name that will be the butt of a lot of jokes. Come on, MOE, take your heads out of the sand and start understanding and connecting with what makes sense…” – Shanthi VeerashingamFollow us on Social Media