Labour leader Jeremy Corbyn said Labour is ready for an election and support is subject to a 'no deal' Brexit being off the table. 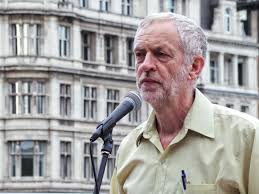 Britain was on course for a December election Tuesday after the main opposition Labour party said it would support Prime Minister Boris Johnson’s plan, although a date has not yet been fixed.

Labour leader Jeremy Corbyn said: “I have consistently said that we are ready for an election and our support is subject to a ‘no deal’ Brexit being off the table.”

He said the decision by EU leaders on Monday to delay Brexit to January 31 meant that “for the next three months, our condition of taking No Deal off the table has now been met.

“We will now launch the most ambitious and radical campaign for real change our country has ever seen,” he said in a statement.

Johnson has called for an election on December 12 but Labour and other opposition parties are pushing for a date nearer to December 9.

“It will be a December election,” a Labour party source told AFP.

The prime minister will on Tuesday bring forward a bill to legislate for the snap poll, which is expected to pass parliament in the next few days.