Two Ah Lians repeatedly slap a girl, bullying her over a boy 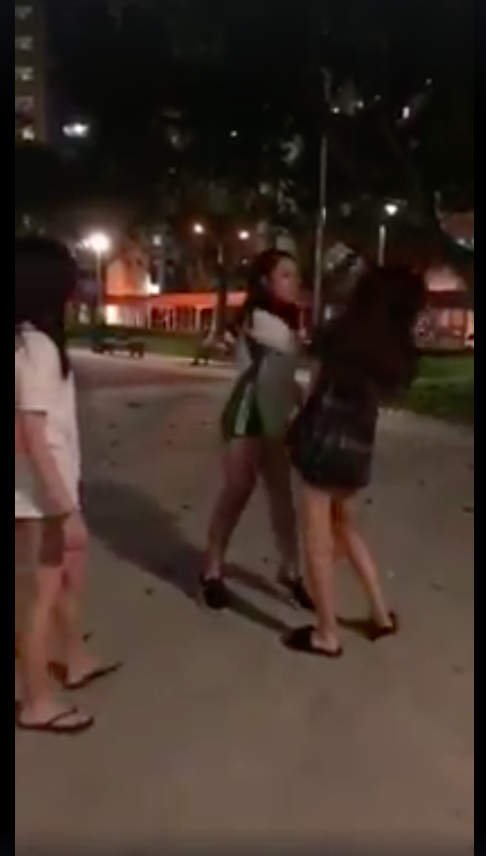 A video has been circulating Facebook of two girls repeatedly threatening and slapping another girl.

A bully and her friend took turns hitting a third girl while hurling abuse at her.

Apparently, the fight was over a boy, Nigel.

Two bullies took it upon themselves to hurt a third girl because she spoke to a boy they knew, despite being warned not to do so.

“This is how you talk to Nigel? I told you not to mess with Nigel”, the supposedly wronged girl demanded as she continued hitting the girl in black.

The video showed them slapping her in-between each sentence, while she just stood there and accepted their abuse.

“So now you’re taking my words for granted la. You’ve messed with the wrong f*****g person”, the bully said.

She added, “This should be a lesson learnt. You want to mess with people, you choose the correct people to mess with”.

Towards the end, the bully also admitted that a fourth girl called Alyssa was the one who informed her about the girl in black talking to Nigel.

Netizens were outraged both at how violent and abusive the bullying was, and also why the person filming did nothing to help or to call the police.

The general consensus was that this sort of bullying should be dealt with severely and stopped.

Many on Facebook have also tagged the Singapore Police Force in the video, urging them to investigate and take action.