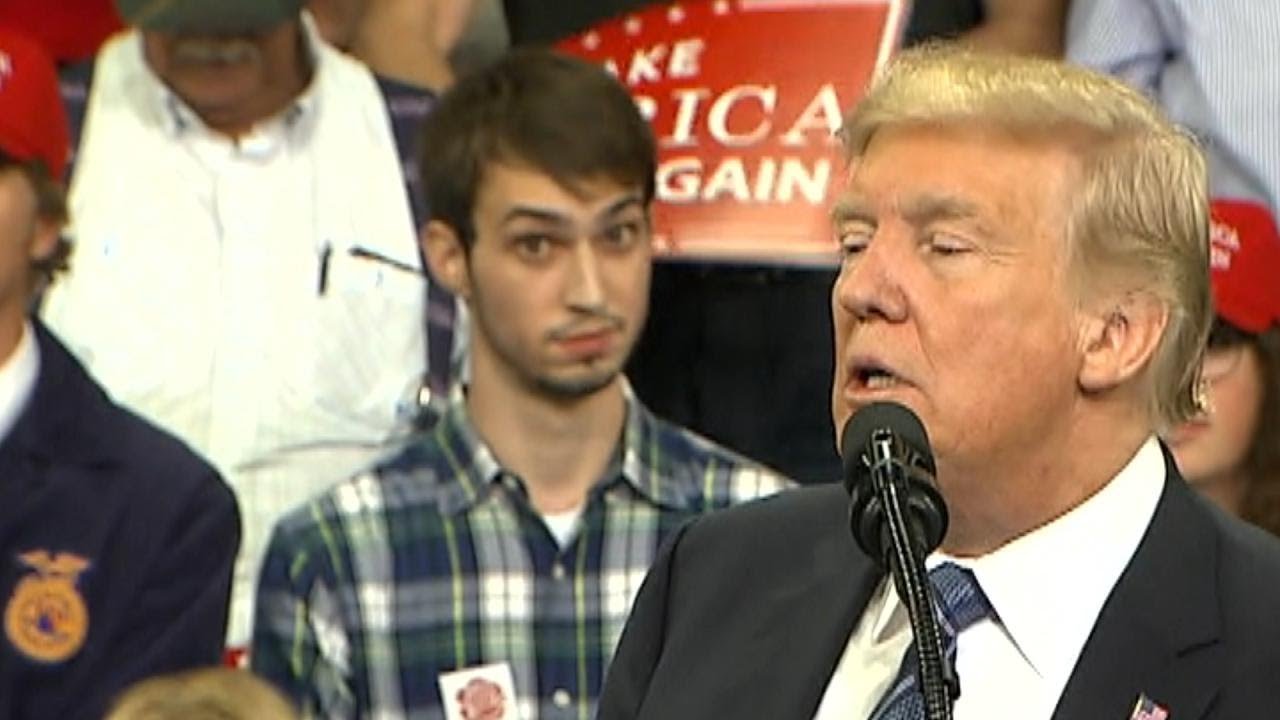 A guy standing directly behind President Donald Trump in a recent rally in Montana after he mocked Trump with his facial expressions. The guy’s facial expressions have now gone viral and the social media is referring to him as the “plaid shirt guy”.

The teen, Tyler Linfesty, was was eventually asked to leave by the American secret service for not being enthusiastic enough.

When Trump said, “We’ve picked up a lot of support,” the highschooler mouthed “Have you?”; and when the President attempted to compare the popular vote and the Electoral College to running the 100-meter dash and the marathon, the teen mocked, “What?!”  He didn’t stop making faces throughout the rally – until he was removed.

Check out green plaid shirt guy behind trump-they moved him and the people with him🤣🤣🤣😂 pic.twitter.com/qxOz8joWB3

At Trump’s Montana rally, some of his supporters seemed irritated. Some seemed unenthusiastic and even bored.

Is this why multiple supporters were swapped out? pic.twitter.com/NVlnK2zV19

With animated facial expressions, that ranged from bewildered to skeptical. He quickly turned into into a meme and earned him the name “plaid shirt guy.”

The teen found out on Thursday morning that he had been selected to attend the rally and meet the president. This was when he contacted the president’s campaign and asked to reserve seats for his friends. Linfesty claimed that his friends and him did not have an agenda and had an open mind before attending.

Adding: “All of those reactions were my actual reactions. I would of made those faces if anyone were to say that to me. I was not trying to protest, those were just my actual, honest reactions.”

Once him and his two friends were replaced on stage, he said he was escorted by secret service into a back room where they looked at his ID and after 10 minutes told him he could leave. He said Secret Service and police treated him well.