The Independent Singapore News
Home News Featured News "Your favorite President did nothing wrong!", Trump tweets as news of taped...

“Your favorite President did nothing wrong!”, Trump tweets as news of taped conversation with Playboy model emerges 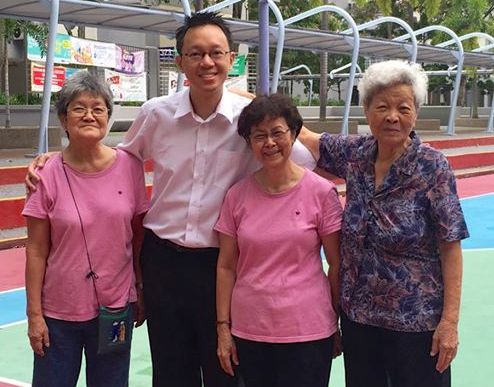 Trump tweeted, “Your favorite President did nothing wrong!” His tweet comes as news emerged that his former personal lawyer had secretly recorded a phone conversation in which they discussed hush payments to Stormy Daniels. Daniels is a onetime Playboy model who alleged that she had an affair with Trump years ago. Trump’s former lawyer, Michael Cohen has already admitted to paying the former adult movie star.

Inconceivable that the government would break into a lawyer’s office (early in the morning) – almost unheard of. Even more inconceivable that a lawyer would tape a client – totally unheard of & perhaps illegal. The good news is that your favorite President did nothing wrong!

Trump in deriding the investigation and his former lawyer said in the tweet: “Inconceivable that the government would break into a lawyer’s office (early in the morning) – almost unheard of,” the president tweeted. “Even more inconceivable that a lawyer would tape a client – totally unheard of & perhaps illegal.”

As of April 2018, Cohen is under investigation by federal prosecutors on multiple matters, including bank fraud, wire fraud and campaign finance violations, related in part to payments made in the Stormy Daniels–Donald Trump scandal.

According to a person familiar with the matter Cohen and Trump can be heard discussing a plan to buy the rights to the model’s story from American Media Inc., the parent company of the National Enquirer, which had spent $150,000 for her story.

Daniels has claimed that she started an affair with Trump in 2006, just after his wife, Melania, became pregnant with their son, Barron. Daniels sold her story to The National Enquirer for $150,000, but the tabloid, which was friendly to Trump during his campaign, held back the story in a “catch and kill” move that silenced her and her claims.

The Washington Post said lawyers found the recording during a review of the evidence seized in the raid and shared it with lawyers for Trump. The Justice Department, as part of its investigation into Cohen, is working to determine if he was involved in paying off women making claims about Trump, and whether that violated any campaign finance laws.Follow us on Social Media