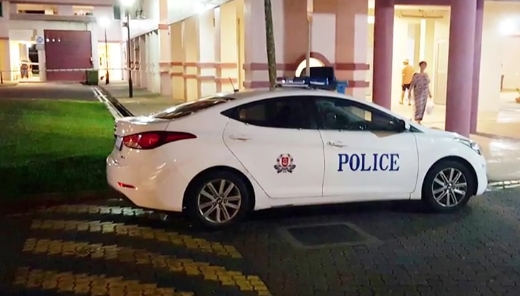 Loansharks’ threat of bomb in the letterbox of one his debtors in Choa Chu Kang set the police and officers from the Singapore Civil Defence Force (SCDF) to scour the area for over 3-hours in Choa Chu Kang. The incident happened yesterday afternoon at about 3pm at Block 617 Choa Chu Kang North 7.

The threat was only a false alert, but one which the officers did not take lightly. Police dogs were also deployed to assist the policemen in their operations, and they were further supported by SCDF officers. The police secured an area and cordoned it off for their search operations, which lasted till past 7.30pm.

Residents interviewed by Shin Min say that they were alarmed by the heavy police and SCDF officers presence.

All the residents cooperated with the police and were relieved that it was just a false alarm. Police are continuing to investigate the bomb scare.Follow us on Social Media