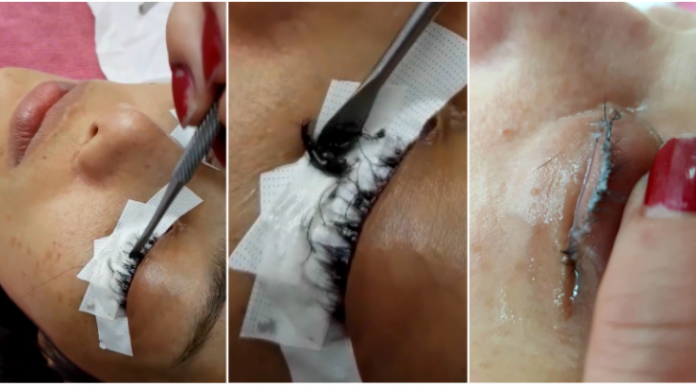 A Facebook video of a woman in Phuket, Thailand ended up swollen after having fake lashes attached with super glue has gone viral. The video showed the woman going through a tear-inducing removal procedure.

A Thai publication said that the other beautician had to use a softener before starting to remove the extensions using a steel cuticle pusher.

The other beautician whose Facebook handle is Fara Beautysalon advised those who want to do eyelash extensions, to go to a reputable beauty salons. Her video has been shared over 1.2 million times.