The Independent News
Home News Featured News Video of imam who stayed inside mosque to lead prayer in the... 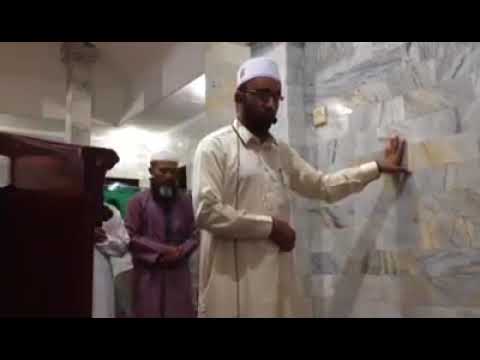 A video of an imam, identified as Arafat, who stayed inside a mosque to lead in prayer in the middle of the recent earthquake in Indonesia has gone viral on social media. The Islamic leader was preaching at the Musholla As-Syuhada mosque in Denpasar, Bali when the earthquake struck near the neighboring island of Lombok.

The video showed Arafat stoically reciting prayers as the prayer hall trembled violently and several worshipers escaping the building as it did so. A few worshipers braved the violent trembling and prayed with the imam.

On 5 August 2018, a destructive and shallow earthquake measuring 7.0 on Richter scale struck the island of Lombok, Indonesia. Widespread damage was reported in Lombok and Bali. Officials stated that at least 80 percent of structures in North Lombok were either damaged or destroyed. In the aftermath of the earthquake 321 people were confirmed killed while more than 1,000 were confirmed injured. More than 165,000 people were displaced. The earthquake is the largest and the strongest earthquake to have hit Lombok in recorded history.

Some worshipers who spoke to BBC news said they heard “the ceiling and the roof like it was going to fall, so we ran.” They added that the imam stayed behind as he believed that “his life was only for God to take” and that the mosque was “the best place to take shelter.”

Arafat’s video quickly went viral on social media. On Youtube alone, over 500,000 people have viewed the video. The imam earned the praise of many Muslims for his steadfastness. Among them is Yusuf Mansur, a prominent Indonesian Muslim cleric who shared the video with more than two million followers on Instagram saying, “I am crying… he did not even flinch, even though it is allowed to leave your prayer during an earthquake.”