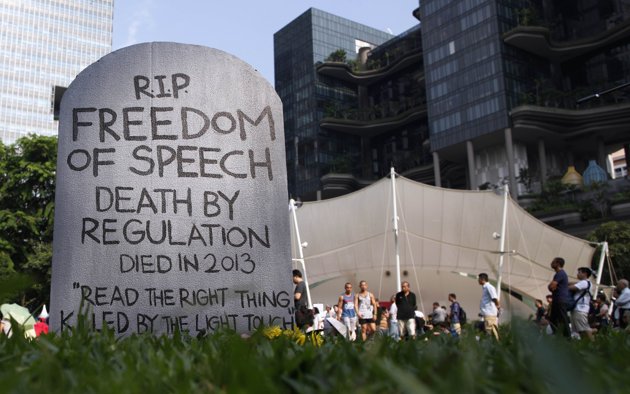 The Ministry of Law (MinLaw) is reviewing the legality of virtual private network (VPN) technology – a technology which allows unauthorised content from overseas to be accessed here.

The act of surfing through another IP is currently legal in Singapore. Only countries with controlling laws such as Iran, North Korea and China have outlawed or restricted the use of VPN. Such repressive governments want to monitor online movements made by citizens who it considers as dissidents.

Speaking at the opening of the 5th annual IP Week@SG 2016 event held at Marina Bay Sands, Senior Minister of State for Law and Finance Indranee Rajah said that the “reviews will further strength our IP (intellectual property) regime and allow it to keep current with technological advances, business needs and societal developments.”

Adding that high-value jobs can come out of this sector, she said: “IP is not just about law. IP is also about business and innovation.”

The Straits Times reporting on the review referred to Australia and said that lawmakers there are “considering blocking VPN under new copyright laws proposed in March 2015 to counter piracy and the access to content that is blocked in their region.”

What the newspaper did not tell is that while the Australian federal government was considering the new anti-piracy regime that would allow rights holders to request a block on websites they believe are infringing their copyright, a Wikileak revealed that Sony was lobbying Netflix to stop Aussie VPN users from accessing their content.

An Australian Consumer advocacy group CHOICE also opposed the proposed legislation on the grounds that it could allow industry groups to block or hinder the use of VPNs.

A campaigns manager for CHOICE commenting on the topic to the media said, “We know that at least 684,000 Australian households already save money and get better deals by accessing overseas content using tools like a VPN. Currently, (the proposed bill) is far from clear when it comes to whether using a VPN to access a legitimate service like US-based Hulu is legal or not”.

The Australian Communications Minister Malcolm Turnbull who is championing the bill had to come out to reassure his compatriots that VPN use will not be threatened by industrial lobbyists under the new laws.

“It is not the intention of the amendments to apply to VPNs,” Mr Turnbull told Fairfax Media. “It is difficult to see how VPNs, which are extensively used for a wide range of legitimate purposes, could be said to have a primary purpose of copyright infringement,” he added.

CHOICE then called on the the Aussie government to specify in the Bill that using a VPN to circumvent a geoblock is perfectly legal.

While Australia has strong consumer advocacy groups like CHOICE which act as a check on unfair legislation enacted by their government, Singapore’s consumer watchdog CASE is headed by an elected MP who is a member of the ruling political party.

In 2013, the Singapore Government introduced new licensing rules for news websites. It did this despite 2000 people protesting the new regulation, prominent bloggers and websites staging an online blackout protest, four major Internet and technology companies raising their concerns, and the US expressing that it is ‘deeply concerned’ by the new regulations by the Media Development Authority.