By: Akikonomu
Singapore’s Workers Party had an election last weekend. That got them into the news because apparently in Singapore, even for an opposition party, the party leadership is a position for life and any open challenge for the post is unheard of, because this is how the cadre system works and is universally adopted by all credible parties in Singapore.
So why did Low Thia Khiang remind voters of its “leadership renewal process” in the GE2015 rallies when he presented WP’s new dream team for winning the East Coast?
Much ink has been spilled about Low Thia Khiang’s last minute induction of a bumper crop of 28 party members into its cadre, which obviously led to his successful defense of the title at 61 to 45 votes. Lazy journalists also seem to latched on to the One Big Thing: that there is a “brewing leadership tussle”, a revolt against Low’s style of leadership. Pundits point to the elimination of the pro-Mao faction in the party’s Central Executive Committee (CEC) in the election. Is WP in disarray? Is Mao out of running as the next WP leader? Was all this a clever Teochew style wayang scripted by Low Thia Khiang to lull the PAP into complacency?
We dismiss these popular narratives; any worthwhile analysis must be based on the fundamentals of modelling Singapore’s political ecology.
We begin again with Dunleavy’s model of the dominant party state. We have already identified the Workers Party as inadvertently taking a convergent strategy against the dominant party.

As many people have described, the WP is “PAP-lite”. We have a better name for the WP: the 10% discount party. The PAP aims for a target population of 6.9 million, the WP replies by saying it wants only 5.8 million. The pitfall of taking the convergent approach? During the 2015 general election, outside its stronghold or bubble of Hougang-Aljunied, the Workers Party did no better against the PAP compared to other “discredited” or minor parties.
Because all the hyper-competent PAP needed was to shift just a smidgen toward the WP position to gain the rational voter.
We say inadvertent because WP is far more incompetent on policy than, horror of horrors, the Singapore Democratic Party, economic wonk Kenneth Jeyaratnam’s Reform Party, or former PM-secretary Tan Jee Say’s Singaporeans First Party.
For a short time, WP looked like it was on a roll. For a short time, it looked like all WP needed to do was shut up about policy, forget about differentiating itself from the PAP, and just count on people to believe in its Manifest Destiny so it can pick up one constituency every election. All while assuming that demographic change will not make Low’s folksy Teochew ah-chek schtick increasingly irrelevant.
There’s an old saying that bears repeating: you can fool all of the people some of the time, some people all of the time, but never all of the people all of the time. WP’s manifest fantasy was introduced to harsh reality.
Leadership renewal should be business as usual
Let’s talk about normal politics. It’s common sense that leadership renewal be frequent and without drama. But let’s think critically about it.
In a healthy democracy, party leaders don’t hold on to their position for life. David Cameron doesn’t want to serve beyond 2 terms. No one serves more than 2 terms. Unless they’re very special giants like Maggie, Tony, or Harry, it’s more likely that they’ll end up perpetuating policies that have worn past their due date, or get increasingly out of touch with the electorate.
On the opposition, the lifespan of leaders is also 2 general election cycles. At the end of 2 terms as an opposition party leader, you either win big and become PM – and lead both party and country for at most 2 more terms – or you step aside and let someone else try out new strategies, new ways to assemble voter coalitions to bring your party to power. 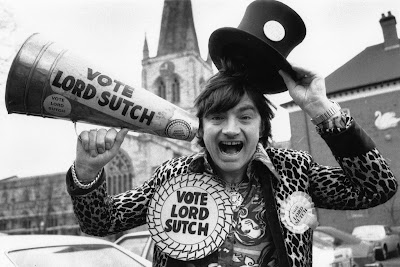 Unless you’re this guy.
First World Parliament, Third World Party?
Applying the norms of First World Parliaments to the Workers Party, it is proper and meet for Low Thia Khiang to step aside for new leadership, new management, new strategy. Instead the WP leadership election deployed tactics that might’ve been expected from a condo committee AGM. Or the stealth takeover of Aware.
The numbers, once again: Low and his faction through the CEC (technically, WP’s “executive council”) pushed through the promotion of 28 party members to cadres (technically, “organising members”). Low won the leadership challenge with a majority of 24 votes.
We note that in the Constitution of the Workers Party, there is no provision requiring party members to serve for a minimum period of one year before they are eligible to become cadres. Neither is there a requirement for party members to serve a minimum period of one year before they are eligible to vote for the leadership posts.
It has been said that cadreship system in Singapore is like the Vatican: the Pope elects the cardinals who elect the next pope. But unlike the WP, not just any Catholic can be a cardinal, and the road to becoming a cardinal is paved with decades of service to the Church. In the WP, any party member – even a newly minted member – can be a cadre if the power of balance in the CEC (or faction politics) allows it. This loophole has been used, as though the WP isn’t a venerable political party started by David Marshall, but a condo management committee where anything goes.
What happened last weekend in the Workers Party is a correctly a cause for concern. It is a sign not just of unhappiness over leadership styles or strategies. It is a sign that the WP is in a deep succession crisis.
—
Republished with permission from Akikonomu’s blog.Follow us on Social Media