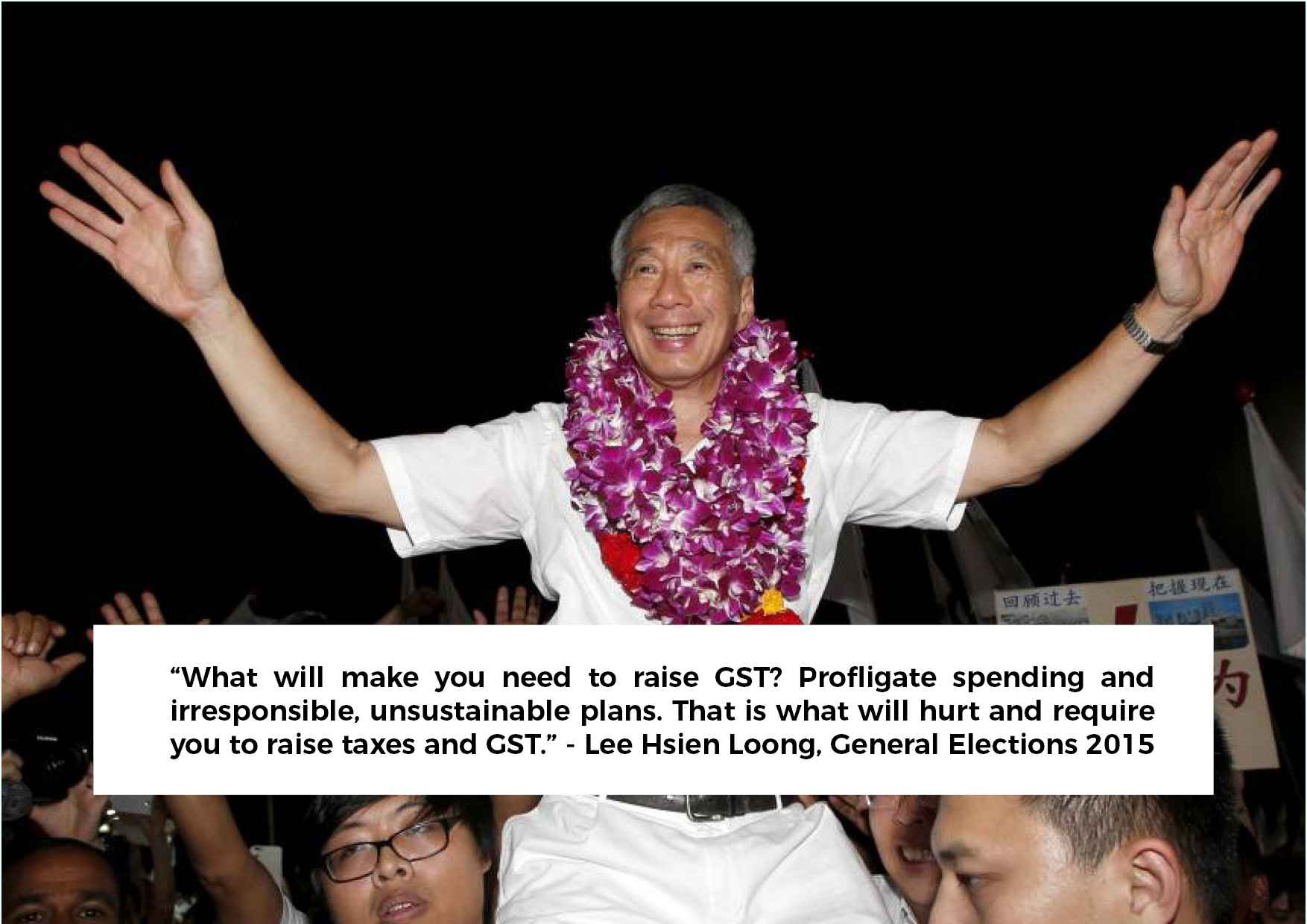 This is what Prime Minister Lee Hsien Loong said at the PAP Headquarters on 5 September 2015, in the middle of the 2015 general elections campaigning period.

Besides attacking the WP, the PM also cast aspersions upon the financial promises of other opposition parties, noting that their manifestos had plans to distribute funds to various groups but did not elaborate much about where these funds would come from:

“So I think when you see a manifesto like that, that’s when you must ask, where’s the money coming from?”

Just over two years after the PAP won the last general elections, PM Lee confirmed at the PAP Convention last Sunday that higher taxes are inevitable and stressed that it is a matter of when and not if taxes will be hiked.

Today, the MOF released a new statement and said that PM Lee’s confirmation of a tax hike is “in line” with the DPM’s comments from 2015.

The Ministry said that there is enough revenue for this term of government but that since government spending has been increasing, making plans to finance such spending would “better ease in the needed measures, and to give our people and businesses some time to adjust.”

Netizens responding to MOF’s claims that there is no contradiction between the PM’s statement last weekend and the government’s stance in 2015 were incensed:

Netizens weren’t swayed by the PM’s reasons explaining the tax hike earlier this week and called on him to slash the high salaries ministers draw, instead of pushing the financial burden of increased spending to the people: