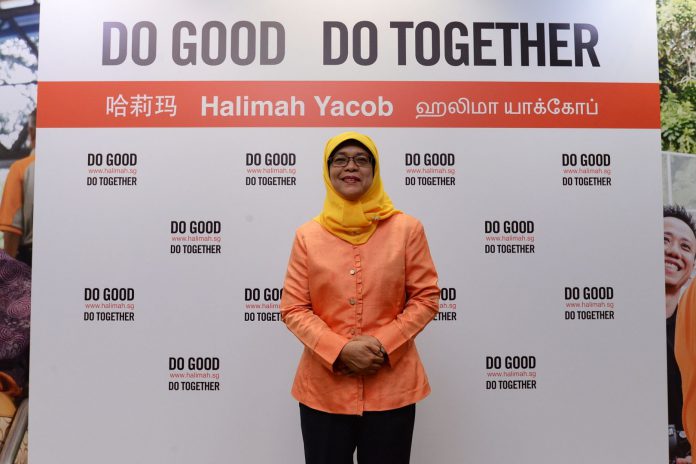 The Elections Department revealed on Saturday that President Halimah Yacob spent $220,875 on the election expenses, with most of it going towards promotional materials.

The president controversially won the head of state seat unopposed, via means of a walkover, after two other hopefuls were disbarred from the race for not being able to meet eligibility requirements.

She also spent nearly $9000 to rent a room and amenities at the National Trades Union Congress (NTUC) building in Marina Boulevard during the campaign period, where she held team meetings and press conferences. The cost included the rental of items like a copier and telephone sets, as well as parking coupons for her team.

The list also revealed that 45 people were treated to a $2000 buffet dinner at Islamic Restaurant on Sep 12 – a day before nomination day. Receipts from Delifrance were also captured in the documents.

Overall, the President spent less than S$0.09 per voter. There were 2,516,608 electors who qualified to vote this year.

The election returns documents also included a list of donations made to her campaign that revealed that the President’s team raised $800,000 from six individuals and one marine company.

Businessman Ng Kim Choon gave over half of the total donations, with a whopping $440,000, while Sheng Shiong chief Lim Hock Chee and marine firm Singapore Salvage Engineers donated $50,000 each, among other donors.

The President’s Campaign team said in a statement on Saturday that all unused donations will be returned to the donors, before adding:

“The donors have been encouraged by Madam Halimah’s passion for social causes. Many of them have indicated that they intend to make a contribution to the next cycle of the President’s Challenge.”

Meanwhile, it has also been revealed that President Halimah’s opponents, Farid Khan and Salleh Marican, spent $200,000 and $90,000 respectively as they prepared for their unsuccessful bids for the presidency. Both men said that the amount they spent came from their own pockets.

Campaign expenses by each candidate is subject to a legal limit. This year, the limit was which was $754,982.40 per candidate and all three campaigners spent just over half a million dollars together.