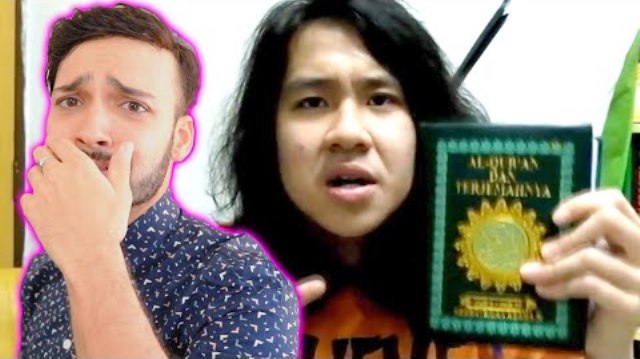 Popular Youtube user Karim Metwaly has deconstructed Amos Yee’s arguments about the Quran, but without any of the foul vulgarity of the teen blogger.
In a post which has now been taken offline, Amos quoted verses from the Muslims’ holy book and argued against its tenets. He hen tore the pages of his copy of the religious text and provocatively humped it.
Besides giving a matured response to Amos, Karim a Muslim New Yorker said that he defends Amos’ right to free speech.
“He should exercise his right to free speech, because it brings people like me and other Muslims to actually look in, do research, and bring us back to our religion,” Karim said.
“So he’s actually doing us a favour,” he concludes.
[fvplayer src=”http://youtube.com/watch?v=Z5DNTF3v4WY”]
Amos was jailed last year for making offensive remarks against Christianity and posting obscene images online. He was charged in Court again on May 26 this year and faces 8 charges.
Five charges for allegedly wounding the religious feelings of Muslims, and one for allegedly wounding the religious feelings of Christians. The other two charges are for allegedly failing to show up at Jurong Police Division on two occasions.
The 17-year-old was arrested on May 11 has posted bail of S$5,000.Follow us on Social Media