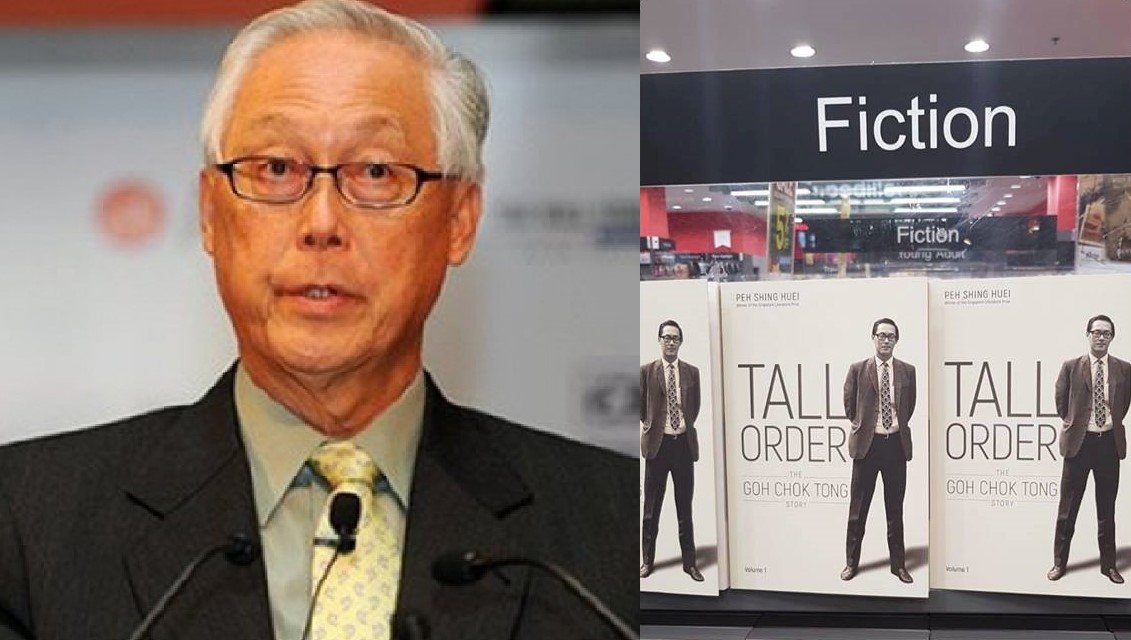 Socio-political commentator Mr Brown was the one who spotted the copies of ESM Goh’s book at the Fiction shelf of the local bookstore. Sharing a picture of the shelf that bears several copies of the biography, Mr Brown tweeted:

“Someone shelved Lao Goh’s book under fiction. I wonder if the bookseller knows something we don’t.” Written by author Peh Shing Huei, the authorised biography entitled Tall Order: The Goh Chok Tong Story covers Goh’s life until the point he becomes the nation’s second Prime Minister in 1990. A second part is expected to cover the rest of Goh’s life and career after he succeeded Lee Kuan Yew to become head of Government.

Besides writing the foreword and the afterword for the biography, ESM Goh also answers certain questions the author poses in the biography.