Mother writes 12-page open letter to PM Lee, demands S$70K be released from her CPF to prevent “hands stained with our blood”

An excerpt from her threatening letter reads as follows:- “Please take immediate action to release S$70,000 from my CPF funds (fourth appeal), SCDF, State Court and SPS to compensate (psychological injuries, past, present, future pain and suffering) Ian and family before it is too late, and inevitably getting your hands stained with our blood” 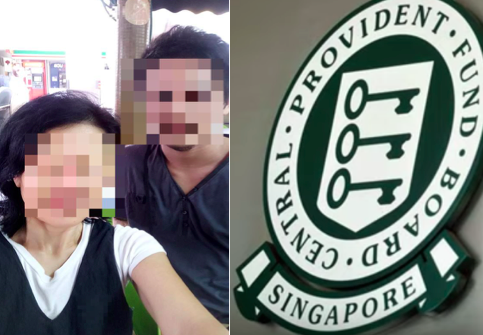 A woman shared her open letter to Prime Minister Lee Hsien Loong on social media that was 12-pages long in which she accuses government officials and various channels of having  “DESTROYED A FAMILY”.

She initially requested for S$70,000 from the CPF Board earlier this year for living expenses and for her son’s medical treatments, but her application was rejected because she would not be able to set aside the full retirement sum of S$171,000 in her Retirement Account if she withdrew the S$70,000 she applied for. The CPF Board instead asked her to “re-consider approaching the Social Service Office @ Bukit Panjang for financial assistance.”

In her open letter to PM Lee, she wrote about her now schizophrenic son, Ian, his run-ins with the law, and the mental health issues he allegedly faced as a result.

Carena Tan, the 55-year old mother of Ian wrote, “A family’s life is on the line and yet none could hear and see, think and act, feel and be touched by Ian and family wailing in pain and despair a hundred thousand times throughout these long agonizing 7 years”.

Her reason for the letter to PM Lee: “This utter fiasco will be brought out into the open so that we can have a mature discussion to understand why, these core systems failed and how we can reach for the grain of truth within the ambiguity of these set-ups”.

Carena first blamed the Central Manpower Base (CMPB), adding that it had “failed completely to assess Ian’s mental and emotional state”.

She shared a letter where Ian was graded PES B1, which she said was CMPB’s “the most egregious acts”. NSFs with PES B1 are fit for most frontline operations and operations support vocations in the SCDF.

Carena wrote, “Ian had complained about the tedious, backbreaking physical training under the hot sun that he had to undergo during his training. Emotionally traumatized as he struggled to cope with what was required of him to carry out his duties such as having to bear with vulgarities screamed down his ears over an extended period of time”.

According to her letter, her son then ran away, absconding from his National Service (NS) duties.

She then alleged that if the system cared for the NSF’s well-being, “He (Ian) would not be wrongly sentenced to jail, he would not be tortured and raped. He would not be diagnosed as a Schizophrenia (by IMH and TTSH), suffer from atopic dermatitis, chronic lower back pain, eating disorder, insomnia, nightmares, recurrent thoughts of death and difficulties concentrating after discharged (sic) from SCDF”.

The woman alleged, “SCDF had shockingly blamed the parents, for not making sure that Ian was fit to serve NS”.

Her son Ian attempted suicide before his prison sentence was even over, a chargeable offence. He was brought in and out of hospitals, given various medications and was diagnosed with many ailments.

“Mr PM Lee, you can see from the above snapshots of these numerous letters, including tele-conversations I had with the various persons in the various institutions over the span of 7 years, how absolutely painful it is for me and family to get our message across that these legal drugs are not working”.

She added, “On the 23 Jun 2019, the voices in Ian’s head told him to take illegal drugs and admit himself to Drug Rehabilitation Centre. He surrendered himself to the police on the 24 Jun 2019”.

Carena Tan’s request to PM Lee: “Please take immediate action to release S$70,000 from my CPF funds (fourth appeal), SCDF, State Court and SPS to compensate (psychological injuries, past, present, future pain and suffering) Ian and family before it is too late, and inevitably getting your hands stained with our blood”. TISG has reached out to the CPF Board, and to Carena Tan for further comment. /TISG