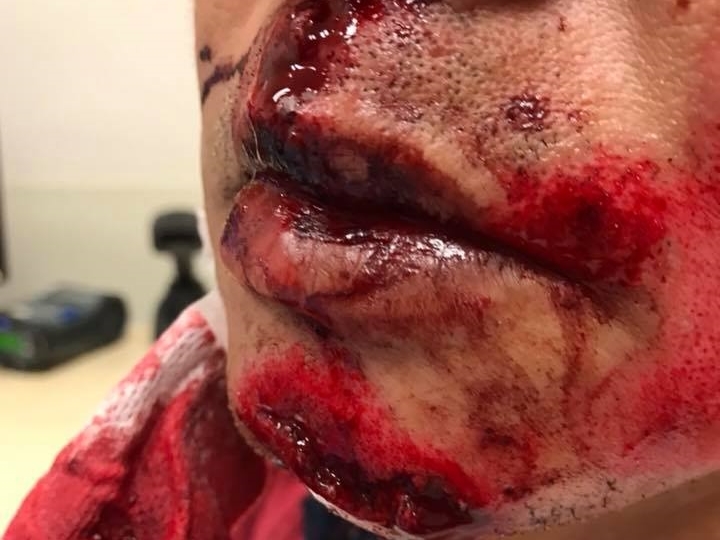 A 48-year-old motorcyclist was allegedly kicked off his bike by a pillion rider on another motorcycle, as he was heading to work on the Seletar Expressway (SLE) today at 7am. The other motorcyclist then sped off with the pillion rider, leaving the middle aged victim with a fractured shoulder and ribs, and several cuts and and abrasion requiring stitches.

This is according to the victim’s daughter Jerlinda Tan who is appealing for eyewitnesses of the alleged hit and run to come forward with more information. Tan uploaded a video of the incident online, in which the pillion rider can be seen extending their leg to kick her father who skidded and crashed on the highway:

Tan said that her father was taken to Khoo Teck Puat Hospital. She also told reporters that she is planning to lodge a police complaint.