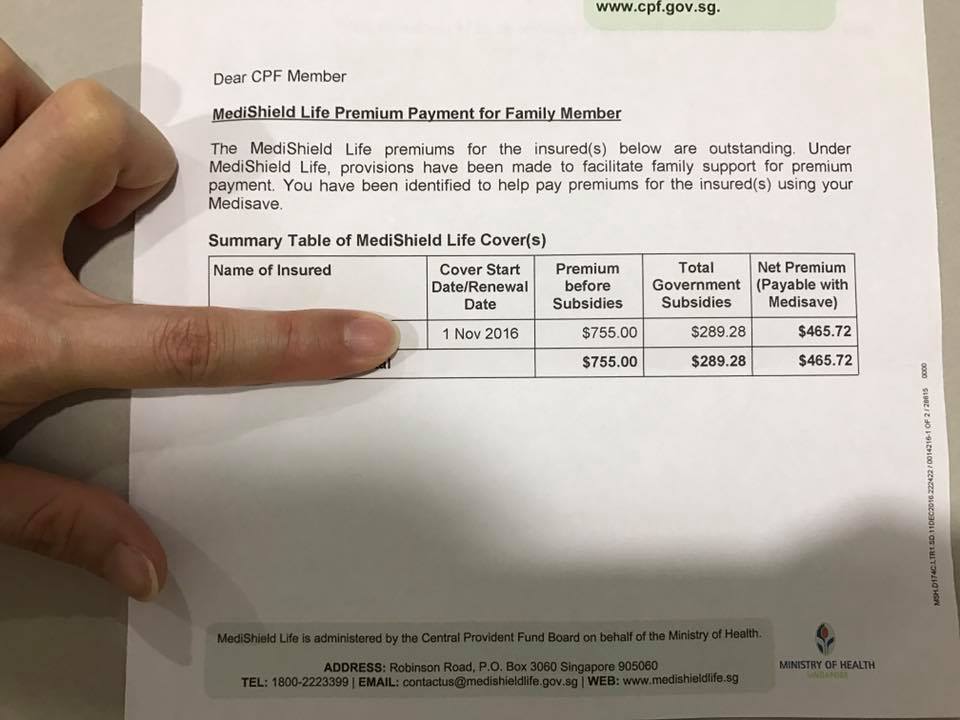 A forumer in Hardware Zone has expressed concern that the Central Provident Fund Board (CPF) attempted to deduct premiums for Medishield Life from his wife for a distant relative of hers. MediShield Life is a compulsory national health insurance scheme that provides lifelong protection for all Singapore Citizens and Permanent Residents against large hospital bills.

The letter from CPF said that premium for the relative was outstanding, and that under Medishield Life provisions have been made to facilitate family support for premium payment.

“You have been identified to help pay premiums for the insured(s) using your Medisave,” the letter added.

The amount payable is $465.72. The forumer said that neither his wife nor the relative authorised the premium deduction.

He added: “The only connection between the insured (uncle) and my wife is my wife used her CPF to pay for his hospital bill a few years back. He is single and have no immediate family members.”

He expressed frustration that CPF identified his wife without any consent whatsoever just because they were unable to deduct premiums from the insured.

The forumer’s wife has stopped CPF from using her Medisave to pay for her uncle’s Medishield Life premiums. The forumer said that CPF members have to be careful because the stop order is an opt-out one.Follow us on Social Media