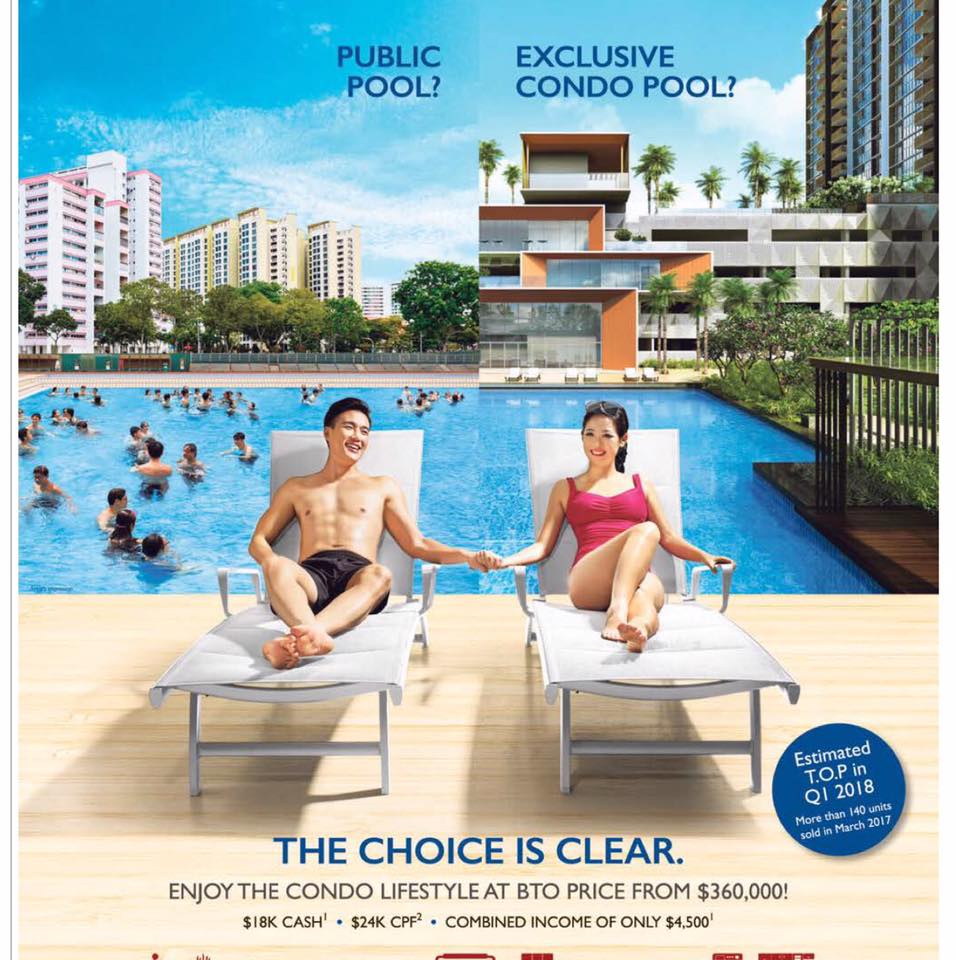 MCL Land’s advertisement for its Executive Condominium development in Choa Chu Kang has been flagged for stoking elitism. Facebook user Jose Raymond who highlighted the advertisement said that the print advertisement is elitist and offensive because it paints “a picture of a crowded public pool with a HDB backdrop as being a poor choice for its target audience.”

“It is unacceptable that MCL Land turns to further dividing the haves and have-nots in Singapore,” Mr Raymond said.

MCL Land's print ad for its Sol Acres development is elitist and offensive. It paints a picture that of a crowded public…

MCL Land describes itself as “a leading property group with a long track record of building quality homes over the last 40 years.” A member of the Jardine Matheson Group under Hongkong Land Holdings, it’s portfolio includes prime residential developments in Singapore and Malaysia.Follow us on Social Media