Malaysians are an extremely worried lot, says a survey 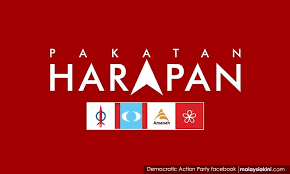 The very first National Worry Index of Malaysia shows a majority of the citizens are extremely worried.
They worry about the economy, cost of living, jobs and security.

A large number of Malaysians (46%) are also unsure about the Pakatan Harapan government.

And 50% are worried about the future direction of the country and 44% are not sure if the country’s economy is on a strong footing.

The Index is released by think-tank Emir Research and shows Malaysia scoring a “maximum worry” index of 0.77 on a scale of 0 to 1.

It says the locals are also concerned with bread-and-butter issues since 86% are worried about the cost of basic needs and unaffordable homes and lack of job opportunities (77%).

Focusing on the popularity of the Pakatan government, the Index shows 24% of Malaysians who categorically say that the country’s future direction is on the wrong track.

If it is any indication of the trouble in which the Pakatan regime is, the Index shows only 24% of Malaysians think that the government is a viable one while a sizeable proportion (46%) is unsure and 30% don’t think that Pakatan is viable.

The Malays and other bumiputra races are more worried about corruption and power abuse.

The Chinese and Indians are more concerned about youth unemployment and lack of job opportunities.

Though many among the respondents do not seem to see the Pakatan in good light, they give the government the thumbs up for the fight against corruption.

But they shoot down the controversial ‘flying car’ project, which is dear to Prime Minister Tun Dr Mahathir Mohamad and the Entrepreneur Minister Ridzuan Yusof.Follow us on Social Media