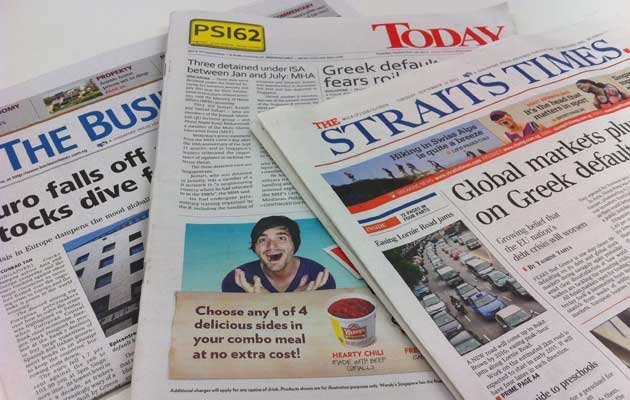 Mainstream media has been criticised over its coverage of an illegal bazaar that operated in Fengshan SMC from 1-3 July 2017 without a license, compared to its coverage of a Chinese New Year fair that also failed to procure a license in a Workers’ Party ward a few years ago.

Conspicuous in mainstream media’s report of the illegal bazaar in Bedok, was any mention of who the ward is held by – PAP MP Cheryl Chan.

This is a sharp contrast to mainstream media coverage of a Chinese New Year festive fair in Hougang. The media heavily publicised that the ward is under the purview Workers’ Party MPs running the Aljunied-Hougang-Punggol East Town Council (AHPETC).

The National Environment Agency (NEA) fined the AHPETC $800 instead of just applying for a summons against the bazaar operator in the Fengshan case.

In fact, ‘Fengshan SMC’ was not even mentioned in a report on the matter by The New Paper. The daily only reported that the bazaar operated in Bedok.

Netizens questioning mainstream media coverage and NEA’s response asked: “So why the silence now on the Fengshan SMC case? Are we supposed to believe that a major bazaar can take place right in the heart of the estate without the PAP town council and its MP knowing about it?”

Posted by The Alternative View on Thursday, 6 July 2017