Uncategorized LKY's unambiguous will was for bungalow at 38 Oxley Road to be... 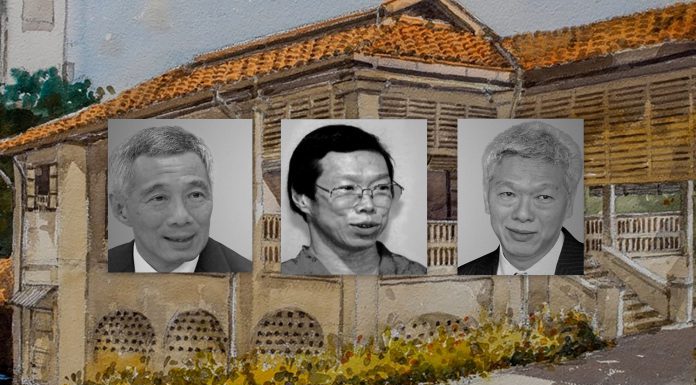 The bungalow at 38 Oxley Road should be demolished after his death – that was the unambiguous will of Lee Kuan Yew. The younger children of the first Prime Minister of Singapore has claimed this in their first response since the Ministerial Committee released its recommendations for the property yesterday.

The ministerial committee charged with formulating options for what might be done with the late Mr Lee’s bungalow quietly released three broad options for the property in a report yesterday.

Responding to the committee’s report, Dr Lee Wei Ling, Lee’s daughter said Mr Lee and his wife “had long decided they wanted it demolished after they were gone.”

Dr Lee chided the committee’s “unbelievable lack of intelligence or determined denial to not understand what (Mr Lee and his wife) so unambiguously wanted.”

“It seems to me my big brother (and) his committee have achieved that distinction with amazing ease,” she criticised Prime Minister Lee Hsien Loong.

Papa was as direct as me. He made absolutely clear what he wanted done with the house. He and Mama had long decided they…

PM Lee is the oldest son of Mr Lee. He said in his Facebook yesterday that he has read and “accepted” the ministerial committee’s report regarding the bungalow at 38 Oxley Road.

“Speaking as a son, I accept the Committee’s conclusion on what my father’s wishes were regarding the house at 38 Oxley Road, and the range of options it has laid out.”

PM Lee reiterated that he had recused himself from dealing with the issue.

Mr Lee’s youngest son, Lee Hsien Yang, in describing the ministerial committee as “once-secret Committee”, released the joint-statement of his and his sister’s on his Facebook. Mr Lee’s bungalow sits on an estimated 12,060-square foot plot. Some analysts have predicted that depending on how the site is redesigned, the two-story mixed-landed project the land value could be worth about S$25 million. Other experts believe that it could fetch a premium above that amount because it is a “special address”.

Being able to purchase a home in a prime District 9 location is indeed a rare chance. With all its potentials and possibilities, it could be a winning investment. And if you are preparring to make your purchase, be sure to seek the help of reliable expert. Seek the assistance of iCompareLoan mortgage broker when you need to compare mortgage loan Singapore.Follow us on Social Media