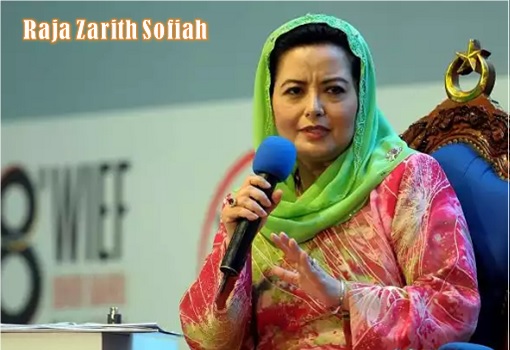 In a rare comment on the racial situation in Malaysia, the Johor Sultanah Raja Zarith Sofiah called for more kindness and respect to non-Muslim Malaysians.

Raja Zarith Sofiah, the Permaisuri (Queen) of Johor Sultanate and a member of the Perak Royal Family, said – “Muslims in Malaysia are so very lucky.

In a Facebook post, Raja Zarith who actually did Chinese studies from the University of Oxford also said: “At the same time, we see the kindness and the acceptance of those who are Christians, Jews, or of other faiths, when we are in their countries.

“We Muslims must show the same respect to our fellow Malaysians who are not of the same faith as ours.”

The Queen isn’t the only one from the Sultanate of Johor who raised the issue of racial and religious tension in the country.

Her prince – Tunku Idris Sultan Ibrahim – who was disturbed by widespread racism had posted in his Instagram back in 2015 that he was disgusted by the situation.

“It’s disgusting. Racism and its hateful language have no place in this community,” was his comment.

Naik assumed in a video comment published earlier on The Independent, an opposition leader has joined hands with non-Muslims and that will mean the non-Muslims will soon take power in the country.