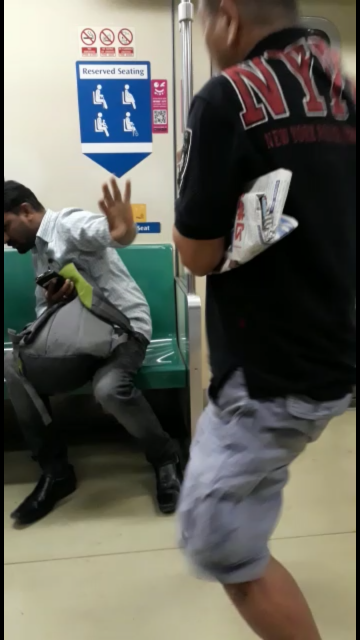 A local man is seen attacking an Indian national in an MRT train for disturbing his rest. It is unclear when the incident happened, but the video captured that the incident happened in the East-West Line, as the train was going towards the Chinese garden Station in Jurong.

The video is going viral on Whatsapp chat groups. Many have expressed outrage at the local man, calling him a ‘racist’. Several have also called on the authorities to arrest the man and assure commuters that such behaviours are unacceptable in our public transport.Follow us on Social Media