India and China re-establish bilateral ties at “namaste” and “nihao” 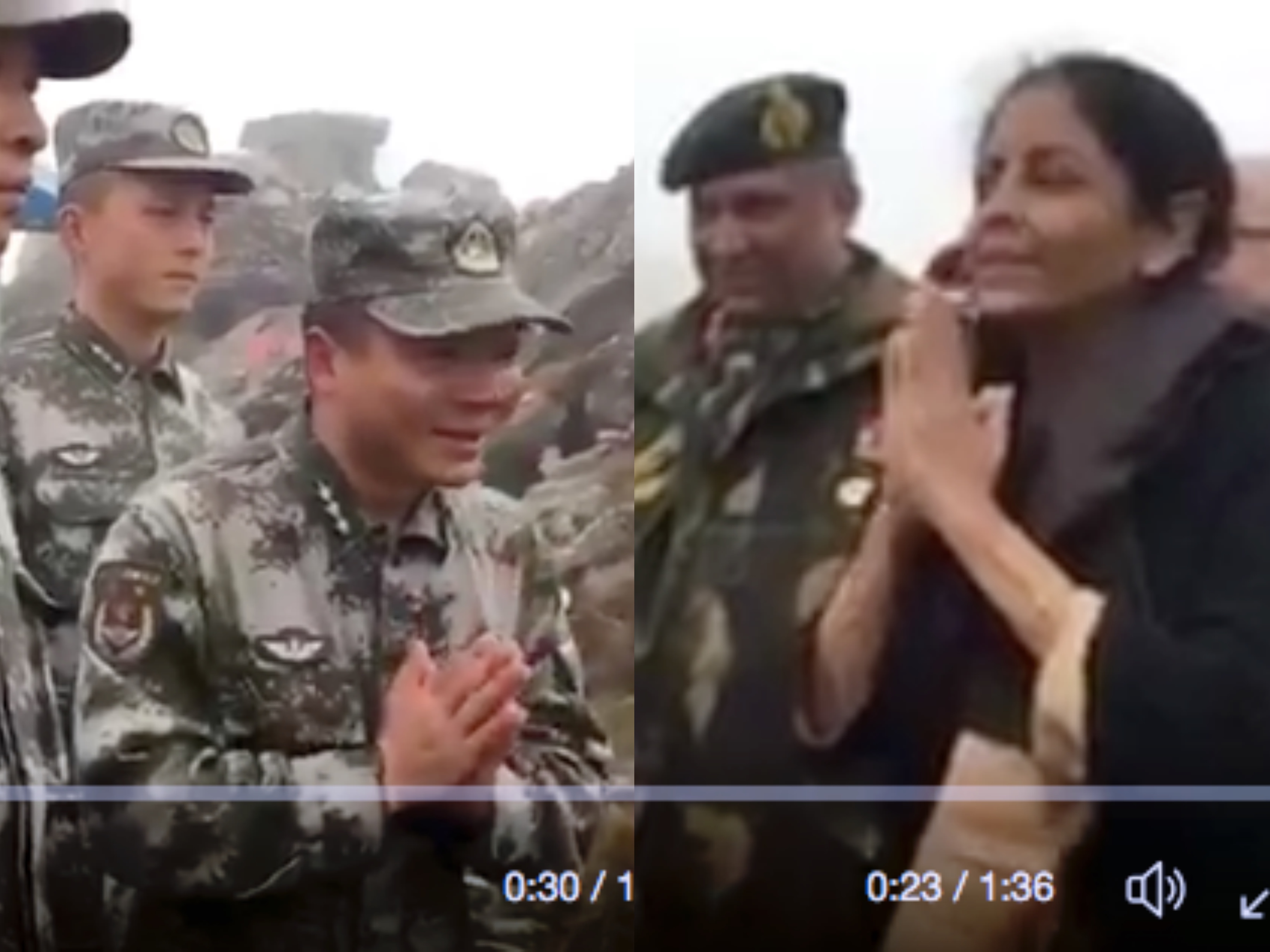 Amidst conflict, hope makes a sneaky entrance in the form of a warm greeting

India’s defence minister, Nirmala Sitharaman was in for a pleasant surprise when she paid a visit to troops stationed on the frontier between India and China on Saturday.

She was greeted warmly by Chinese soldiers who spoke to her and exchanged friendly banter. The interaction was called a goodwill gesture by Chinese observers as the Chinese foreign ministry issued a statement declaring that it was ready to maintain peace alone its border with India.

The minister even posted two videos on Twitter that offered a glimpse into her interaction with the Chinese troops on the border post in Nathu La.

Snippet of Smt @nsitharaman interacting with Chinese soldiers at the border at Nathu-la in Sikkim yesterday. Namaste! pic.twitter.com/jmNCNFaGep

She asked the Chinese soldiers a question about a popular form of greeting in India. “Do you know what namaste means?”

A solider stepped up with a response. “It means nice to meet you,” he said.

She followed this up with, “What would you say in Chinese?”

“So I say namaste,” Sitharaman replied.

Sitharaman met a People’s Liberation army commander and captain and used an interpreter’s help to communicate. In a different video, she wished the Chinese people good luck.

“India and China are both great nations. Good luck to your country,” the Chinese commander said in response.

The conversation was light-hearted and hopeful. One of the soldiers introduced him to the minister, saying that his family name (Wang) means “king”.  Sitharaman said, “Very good. And to have a king (doing) the translation.”

The Nathu La post is the last one along the border. It has Sikkim on the Indian side and Tibet in Chinese territory.

According to The Economic Times, Sitharaman’s trip was the first official high-level visit to the region after a tensed stand-off between India and China at Doklam ended on August 28.

The dispute was called off after 73 days. It was announced right before a summit of emerging market nations was held in China. Chinese President Xi Jinping and Indian Prime Minister Narendra Modi both chose to make an appearance at the event.

Xi was optimistic at the summit and said that both the countries should focus on fixing their bilateral ties.

The foreign ministry in Beijing asked both the countries to maintain regional peace and stability.

“China is willing to maintain the peace and stability of the border areas with India under the historical framework and related agreements between the two sides,” ministry spokesman Hua Chunying said on Monday.

According to Li Jie, a Beijing-based military expert, Sitharaman’s visit was solid proof that India is committed to working on its relations with China.

“This is a clear move for India to keep friendly ties with all countries. Although India has border disputes with China, it still needs Beijing’s support and help in other areas. India cannot afford to totally destroy relations with this Asian powerhouse,” Li said.

However, Rohan Mukherjee, an Asian affairs expert at Yale-NUS College, Singapore had a different take on the matter. He called it a routine visit.

“The minister was sworn in just over a month ago. It is only natural that she would visit the border region and survey the Doklam and Nathu La areas, which until very recently were a potential flashpoint,” he said.

The videos still offer a much-needed positive sign, signalling that things may vastly improve in the future.

Sharing another snippet from Smt @nsitharaman 's interaction with Chinese soldiers at the international border at Nathu-la, Sikkim pic.twitter.com/TIRdnhixeL