In the Facebook universe Singapore Democratic Party is Tua Kee 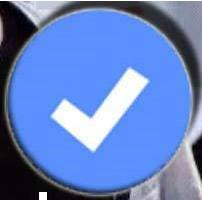 In 2013, Facebook rolled out blue ticks (or blue check marks) to verify authentic accounts of celebrities and other high-profile people and organisations on Facebook.
According to Facebook, the blue ticks “belong to a small group of prominent public figures (celebrities, journalists, government officials, popular brands and businesses) with large audiences”.

It is no surprise that the biggest political party in Singapore, the People’s Action Party (PAP), has got a blue tick on its Facebook page.

The PAP after all, and in the words of our first Prime Minister Lee Kuan Yew, is everywhere.
“They discover that the People’s Action Party (PAP) has only a small office in Bedok. But everywhere they go, they see the PAP – in the RCs (residents’ committees), CCCs (citizens’ consultative committees), and the CCs (community clubs).” – Mr Lee Kuan Yew
Not to mention the red lightning that has to worn at the chest by every child who attends pre-school classes at one of the biggest (if not the biggest) provider of such educational services.

But guess who among the other political parties have a blue tick on their page?
Workers’ Party may be the biggest opposition party in Singapore, but it does not have this honour which is bestowed by Facebook to a small group of prominent personalities and entities.
That honour goes to the political party headed by Dr Chee Soon Juan – the Singapore Democratic Party.

If the words of journalism professor Cherian George are any indication, then SDP deserves the blue tick, and it is well earned.
“Political parties are relative latecomers to cyberspace, but the Singapore Democratic Party, in particular, evolved a strong Internet presence that included journalistic content.” – Quote from Cherian George’s book ‘Freedom from the Press‘
—
‘Tua Kee’ is hokkien for big shotFollow us on Social Media