Harris, the first black woman on a major party's White House ticket, accused Trump of turning "our tragedies into political weapons." And she urged Americans to vote for Joe Biden, "a president who will bring all of us together." 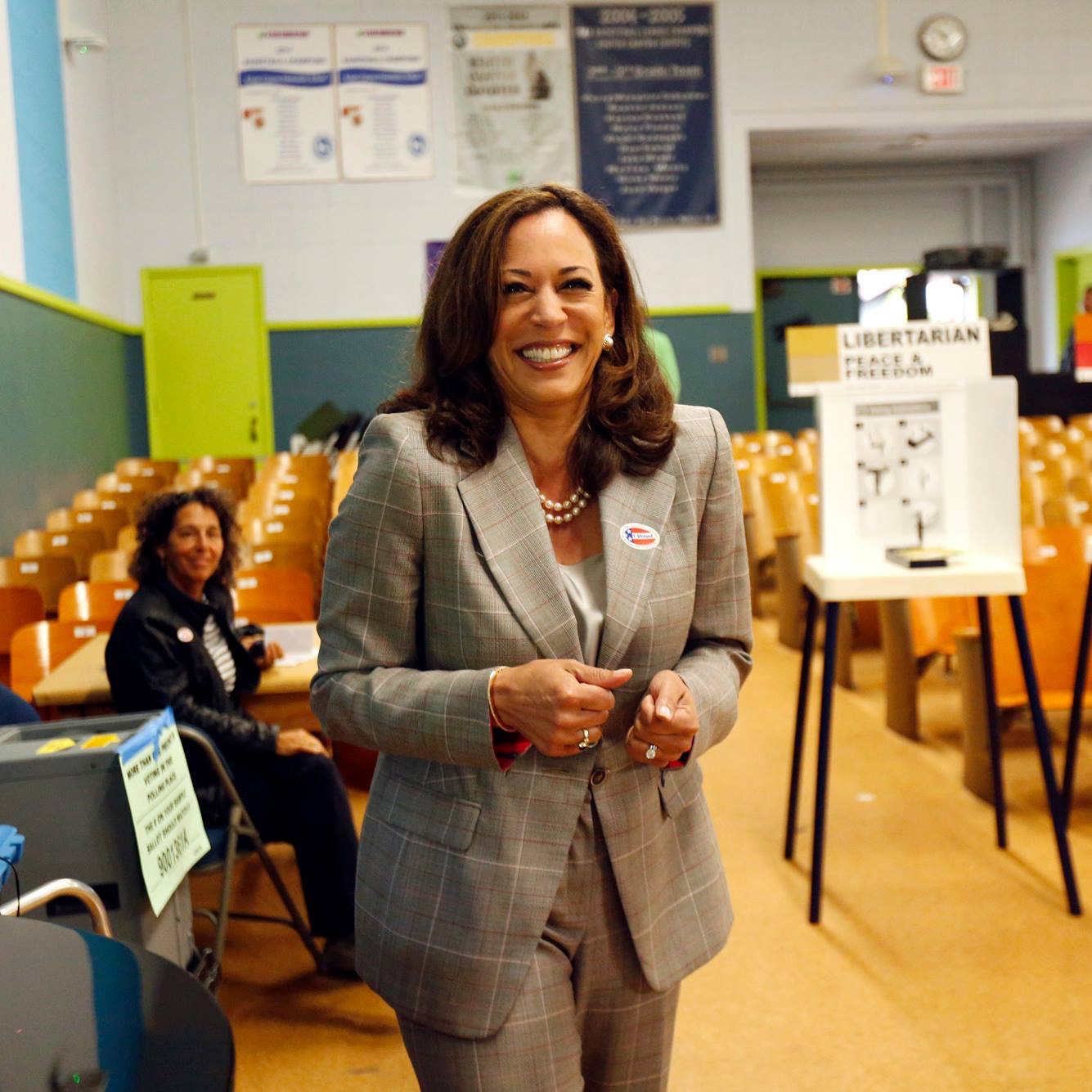 by Olivier Douliery with Sebastian Smith in Washington

Kamala Harris made history Wednesday when she accepted the Democratic nomination for vice president, while joining Barack Obama and Hillary Clinton to condemn President Donald Trump’s profound “failure” as a leader.

Harris, the first black woman on a major party’s White House ticket, accused Trump of turning “our tragedies into political weapons.” And she urged Americans to vote for Joe Biden, “a president who will bring all of us together.”

“Donald Trump’s failure of leadership has cost lives and livelihoods,” the former California prosecutor charged in her acceptance speech.

“We’re at an inflection point.”

Biden, who faces Trump on November 3, is due to give his own acceptance speech on Thursday, closing a Democratic convention held wholly online and on television due to coronavirus safety precautions.

Obama said that on handing over the White House to Trump in 2017, he thought the Republican “might show some interest in taking the job seriously; that he might come to feel the weight of the office and discover some reverence for the democracy that had been placed in his care.”

“But he never did,” Obama said.

As a result, Trump has left America’s “worst impulses unleashed, our proud reputation around the world badly diminished, and our democratic institutions threatened like never before,” Obama said.

Trump responded by telling reporters that Obama had been “a terrible president.”

– Leave nothing to chance –
Former first lady and secretary of state Hillary Clinton, who narrowly lost the 2016 presidential election to Trump, pleaded with voters to take nothing for granted in another tight contest.

“This can’t be another woulda-coulda-shoulda election,” she said.

Others on the night’s program included Massachusetts Senator Elizabeth Warren, who unsuccessfully challenged Biden for the nomination, and Nancy Pelosi, speaker of the House of Representatives.

Former Arizona congresswoman Gabrielle Giffords, who has become a gun control advocate after being shot and severely wounded in a 2011 assassination attempt, also spoke, along with Emma Gonzalez, a survivor of the Parkland school shooting.

Young activists addressed the dangers of climate change and Hispanic immigrants made highly emotional critiques of Trump’s policies that they said had torn apart their families.

Much focus was on Obama, who remains a giant force in the Democratic establishment.

Although he took a back seat during the Democratic primaries, he is now campaigning hard for Biden.

“Tonight, I am asking you to believe in Joe and Kamala’s ability to lead this country out of dark times and build it back better,” he said in his speech.

– Trump’s ‘storm center’ –
Obama spoke two days after his wife, Michelle Obama, opened the convention with a scathing takedown of Trump as “the wrong president for our country.”

“He cannot meet this moment,” she said.

Biden, 77, the former Delaware senator who served as Obama’s vice president for eight years, was officially nominated on Tuesday.

Harris, the California senator whom Biden picked to be his vice president, will speak live from Wilmington, Delaware, Biden’s hometown and campaign headquarters.

The nomination is the latest in a lifetime of firsts for the 55-year-old daughter of a Jamaican father and Indian mother who were immigrants to the United States.

The Republican Party is to hold its virtual convention next week and nominate Trump to serve four more years.

Trump has chosen the White House South Lawn as the location for his acceptance speech — a controversial decision given that presidents are legally required to separate their campaigning from taxpayer-funded governing.