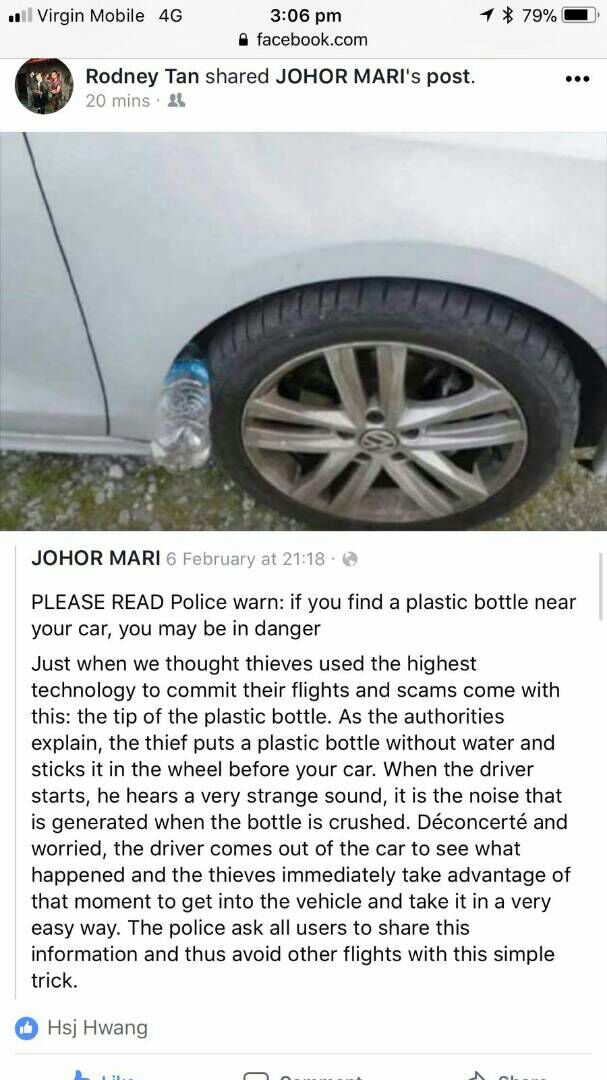 A message that is going viral in parts of Malaysia on WhatsApp says car thieves have found new ways to steal cars in Malaysia.

As the photo explains, they are now using plastic bottles!

The report is said to be a warning from local police and it should get the attention of drivers in Johor in particular where there is apparently a high rate of car theft.

Among those targeted are Singaporean cars.

There are other methods used in parts of Malaysia, including oil spills on some rarely travelled roads. When your car passes over the spill, someone on a motor-bike or another car will suddenly reverse or overtake you.

Such incidents were reported in Kuala Lumpur during long holidays.Follow us on Social Media