Home News Forgiveness: A Neglected Weapon of the Government

Forgiveness: A Neglected Weapon of the Government 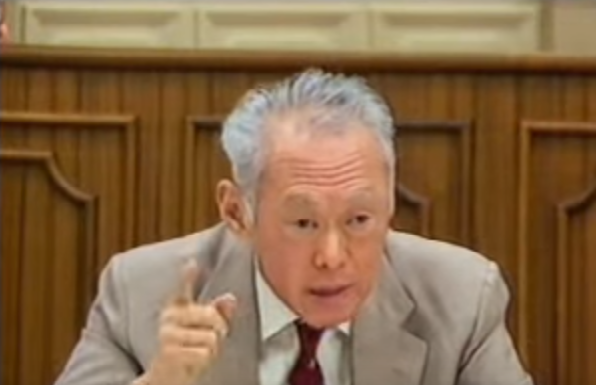 In the ruthless cut-throat world of politics, there comes a time when forgiveness is the only way to pursue a bigger cause and forge a path forward.

The Pakatan Harapan coalition toppled the government in the recent Malaysian elections because so many enemies forgave each other and reconciled.

When Dr Mahathir Mohamad sought out Anwar Ibrahim, who had been jailed on charges of sodomy and graft when he was PM, Anwar and his family accepted Mahathir’s apologies. It was not easy, but as Anwar’s daughter Nurul Izzah said: “We must have an open heart man and an open mind.”

Other political foes of Mahathir also agreed to forgive, to live and let live, and be part of the Opposition coalition. They included the Democratic Action Party’s father-and-son team of Lim Kit Siang and Lim Guan Eng, both of whom were previously thrown into jail by Mahathir under the Internal Security Act.

Mahathir also asked for the forgiveness of Malaysians for wrongdoing during his previous tenure as PM of Malaysia for 22 years. The people opened their hearts to him.

And so the rest is history – but it was forgiveness which made the Opposition victory possible.

The most unforgettable act of forgiveness is that of South African freedom fighter Nelson Mandela.  Released after 27 years in prison, he immediately forgave his opponents and oppressors who jailed and tortured him. “Forgiveness liberates the soul, it removes fear. That’s why it’s such a powerful weapon,” said Mandela, who went on to become South Africa’s first black President.

In Singapore, it is hard – perhaps even impossible – to recall instances of the PAP government extending the unconditional hand of forgiveness to those who have stepped on its toes or incurred its wrath. Political dissidents have not been shown mercy. Numerous have died in exile, far removed from their homeland, including Francis Seow and Francis Khoo. Others remain in exile, either unable to return or fearing reprisal, including Ho Juan Thai, Tang Liang Hong, Tang Fong Har, Tan Wah Piow and Dr Ang Swee Chai

The story of Singapore’s dissidents aboard is movingly told in a 2013 documentary “To Singapore, With Love.” True to form, the government banned the documentary.

It was thought that the passing of Lee Kuan Yew would bring about a climate of change. But not so.

To forgive is to show strength, not weakness. It is a “powerful weapon” (in the words of Nelson Mandela) which the PAP government, sadly, has all too often neglected to use.

In the case of Anwar Ibrahim, the act of forgiveness has been returned in kind – he has been released from jail, courtesy of a royal pardon. While Lim Guan Eng, who also forgave Mahathir, has been designated Malaysia’s Finance Minister.

We have MPs like Lee Bee Wah, who, on the one hand talk about cultivating a gracious society, but on the other, says she is friends with everyone except those from the Workers’ Party whom she “seldom talk(s)” to.

If common courtesy is lacking, how do we even begin to talk about graciousness and forgiveness?

For that matter, if PM Lee Hsien Loong were to graciously extend an olive branch to his brother, sister-in-law and nephew, what are the chances of them reciprocating and returning from self-exile?

To foster a compassionate, forgiving society, those at the top must show the way.  Otherwise, it would just be lip service and graciousness would be far-fetched and elusive, never to be in the DNA of our society.

Augustine Low is a proud but concerned citizen. Voicing independent, unplugged opinion is his contribution to citizen engagement.Follow us on Social Media