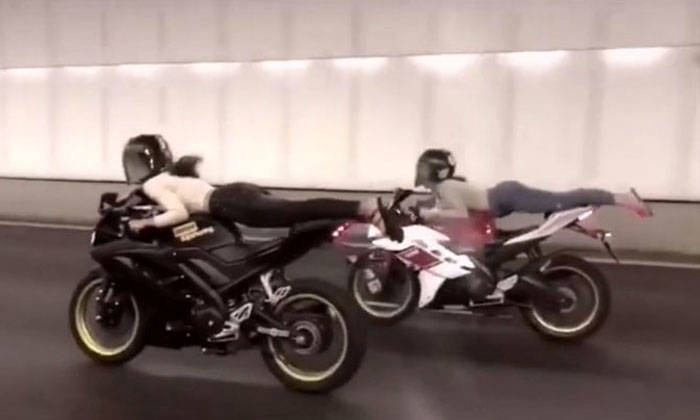 An Instagram story video of two female motorcyclists performing stunts on their bikes in a local tunnel. It remains unclear when or exactly where the incident occurred.

In the footage, two female motorcyclists can be seen lying stomach-down, with their legs stretched out horizontally, on their sports bikes to give the illusion of flying as they ride the bikes in what has been described as a “Superman stunt” online.

Netizens who shared the footage online expressed concern for the motorcyclists and other road users.

One netizen said: “I happened to come across a short Instagram video of two female motorcyclists ‘flying’ in Singapore. They’re risking harm to themselves and to other motorcyclists.”Follow us on Social Media