The Independent News
Home News Featured News Fevered speculation over the timing of the next GE arises after Elections...

The ELD's latest tender for polling booths, has given rise to rumours on the timing of the next GE since it comes days after the formation of the EBRC was announced and since the tender asks for the booths to be delivered by 31 Oct

Fevered speculation over the timing of the next General Election (GE) has arisen after the Elections Department (ELD) put up a tender for at least 150 polling booths, to be delivered by 31 October 2019.

Speculation that the next GE – which must be held by 15 April 2021 – will be held as early as this year has been rife for several months even though the Government did not give any indication that the election will be brought forward.

Then, on 4 Sept, the ELD announced that the Electoral Boundaries Review Committee (EBRC) was convened last month, marking the first firm step towards the next General Election. The formation of the EBRC – which reviews the boundaries of the electoral map – precedes the calling of the next GE.

In June, the ELD called a tender for the provision of bus transportation services to support election operations. The very next month, the authority put up another tender for the printing, packing and delivery of documents to places like Nomination Centres. In August, the ELD put up a tender for the supply of computers and laptops.

Speculation on the timing of the next GE were not so fevered when the last few tenders were called, since the EBRC had not been formed then.

The ELD’s latest tender for polling booths, however, has given rise to rumours on the timing of the next GE since it comes days after the formation of the EBRC was announced and since the tender asks for the booths to be delivered by 31 Oct.

Suppliers are asked to submit their bids to Government procurement portal GeBIZ by next Thursday and the winning bidder is expected to deliver the booths within six weeks of the awarding of the contract.

Netizens responding to the latest tender appear divided on whether the next GE will take place in the November/December period or the first quarter of 2020, after the next Budget: 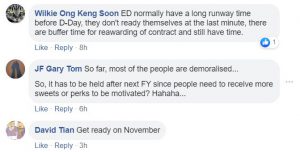 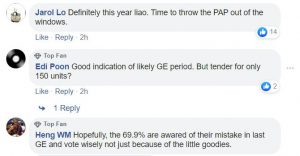 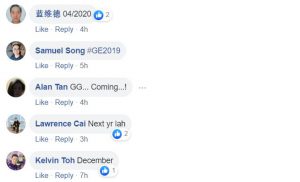